'It's not complicated, wear a mask': UHN president and CEO

One day after Brazil surpassed two million coronavirus cases, the World Health Organization said the outbreak has reached a plateau in the country.

“The rise in Brazil is no longer exponential,” WHO Executive Director Michael Ryan said in a press conference Friday. “There is a plateau, there is an opportunity here now for Brazil to push the disease down, to suppress the transmission of the virus, to take control,” he said, adding that it will take “sustained, concerted action.”

The Latin American nation trails only the U.S. in coronavirus infections and deaths globally, with almost 78,000 fatalities. The country’s response — no national guidelines, two health ministers who departed and a leader that has often belittled the disease — has been criticized by health experts and by the WHO itself. President Jair Bolsonaro said last month the government was considering withdrawing from the international health agency, following the move of U.S. President Donald Trump. 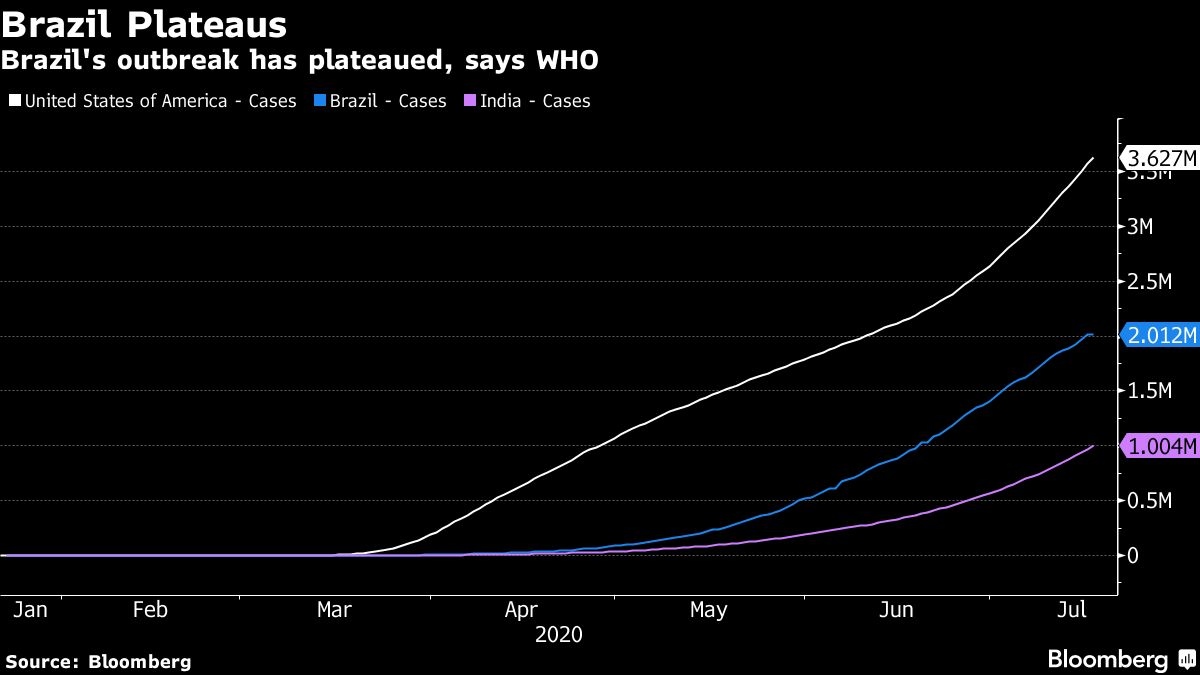 The spread of the virus has shifted in location across Brazil in recent weeks. While in the original urban epicenters like Sao Paulo and Rio de Janeiro the numbers have stabilized, the disease is nevertheless spreading fast in Brazil’s poorer, more remote areas. The impoverished Northeast region now counts nearly as many cases as the Southeast, where Rio and Sao Paulo are located. The outbreak has also began to hit states like Santa Catarina, which had been spared earlier in the crisis and has seen cases more than triple in the past month.

On Friday, Brazil reported 34,177 new cases and 1,163 deaths from the disease. The country, home to 210 million people, has registered over 260,000 infections in each of the past two weeks, the highest tallies since the virus was first reported locally in late February. Deaths have hovered above 7,000 a week for about a month.

“The numbers have stabilized, but what they haven’t done is start to fall in a systematic, day-by-day way,” Ryan said. “Brazil is still very much in the middle of this fight.”