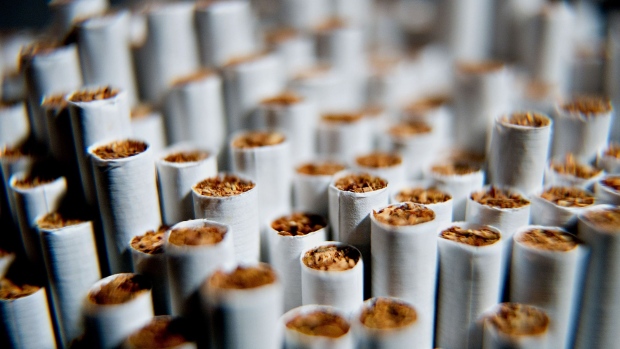 With the World Health Organization warning the globe’s 1.3 billion tobacco users are at higher risk during the global COVID-19 pandemic and in need of new tools to quit, it’s calling in the big guns: Johnson & Johnson, Amazon.com Inc. and Alphabet Inc.’s Google.

In a rare tie-up with the private sector, the WHO is launching with its partners a program that includes nicotine patches and artificial-intelligence-fueled support to tackle both the physical and mental obstacles to quitting at once.

Called the Access Initiative for Quitting Tobacco, the program will begin with a pilot in Jordan, which has some of the highest tobacco use rates in the world, the public health agency said, and will eventually be rolled out to other countries.

This partnership “will improve people’s health and save lives during COVID-19,” Dr. Ruediger Krech, director for health promotion at the WHO, said in an email. “Bringing together partners from the tech and pharmaceutical industries as well as our UN family is witness of what we can achieve when we work together both to end the pandemic and, moving forward, to build back better.”

Johnson & Johnson is providing the first batch of nicotine patches, while “Florence,” the AI-powered digital persona designed to help with the mental aspects of addiction, was developed and donated by New Zealand-based tech company Soul Machines. Amazon Web Services and Google Cloud support the Soul Machines technology for its widespread use in this project. J&J has already donated 37,800 Nicorette patches worth about $750,000 to help more than 5,000 people in Jordan quit smoking.

For tobacco companies, the initiative comes at a time of heightened controversy over their products. Public health agencies have cautioned that smoking can make the coronavirus more severe. If the program’s a success, it could be a blow to sales of both cigarettes and the so-called reduced risk nicotine products that big companies have been positioning as safer products as their cigarette sales decline.

Dr. Maria Cristina Profili, a WHO representative to Jordan, said the partnership between the health agency and the private sector came about beginning in March, when the coronavirus was spreading around the world. Florence, the AI “digital health worker,” will be on the WHO’s site beginning Friday and can be accessed around the world, said Greg Cross, co-founder of Soul Machines.

“When it comes to quitting smoking, people become embarrassed about trying over and over again,” Cross said. “Digital people can be helpful because they remove the fear of human judgment.”

Nick Walton, a managing director with Amazon Web Services in New Zealand, said Florence is “one of many pandemic response projects we are supporting around the world with secure, cloud-based technology.” The company aims “to help people and organizations reduce the risk of transmission, access essential services and share critical research and information,” Walton said in an email.

The AI tool is expected to work well in Jordan, where almost 50 per cent of the population is under age 25, Profili said. The government there has already moved to ban smoking in public places amid the pandemic.

Although around 60 per cent of tobacco users want to quit, only 30 per cent of them have access to tools that can help them do so, according to the health agency, which the U.S. is in the process of leaving as a member.

“Quitting is more urgent now than ever during the pandemic when smokers are more vulnerable to a severe case of COVID-19,” WHO spokeswoman Jaimie Guerra said. “These efforts will help respond to the ongoing pandemic.”

Michael R. Bloomberg is Global Ambassador for Noncommunicable Diseases at WHO. He is the majority owner of Bloomberg LP, the parent company of Bloomberg News.