How affordability issues are playing out in the election

Though broad economic data show the nation’s economy is humming along, Canadians are still feeling tight on cash. The worsening global outlook and unprecedented policy uncertainty are adding to the apprehension.

Liberal Leader Justin Trudeau and his main rival, Conservative Leader Andrew Scheer, along with the leaders of smaller parties are seeking to parlay that stress into votes as the clock winds down on the Oct. 21 election, by promising a slew of tax cuts and other measures to make life more affordable for Canadians.

“Politicians are putting their finger on something, some form of financial anxiety about rising costs, or concerns about future rising costs, or future standard of living,” said Jennifer Robson, associate professor of political management at Carleton University in Ottawa.

Here’s why consumers are feeling pinched. 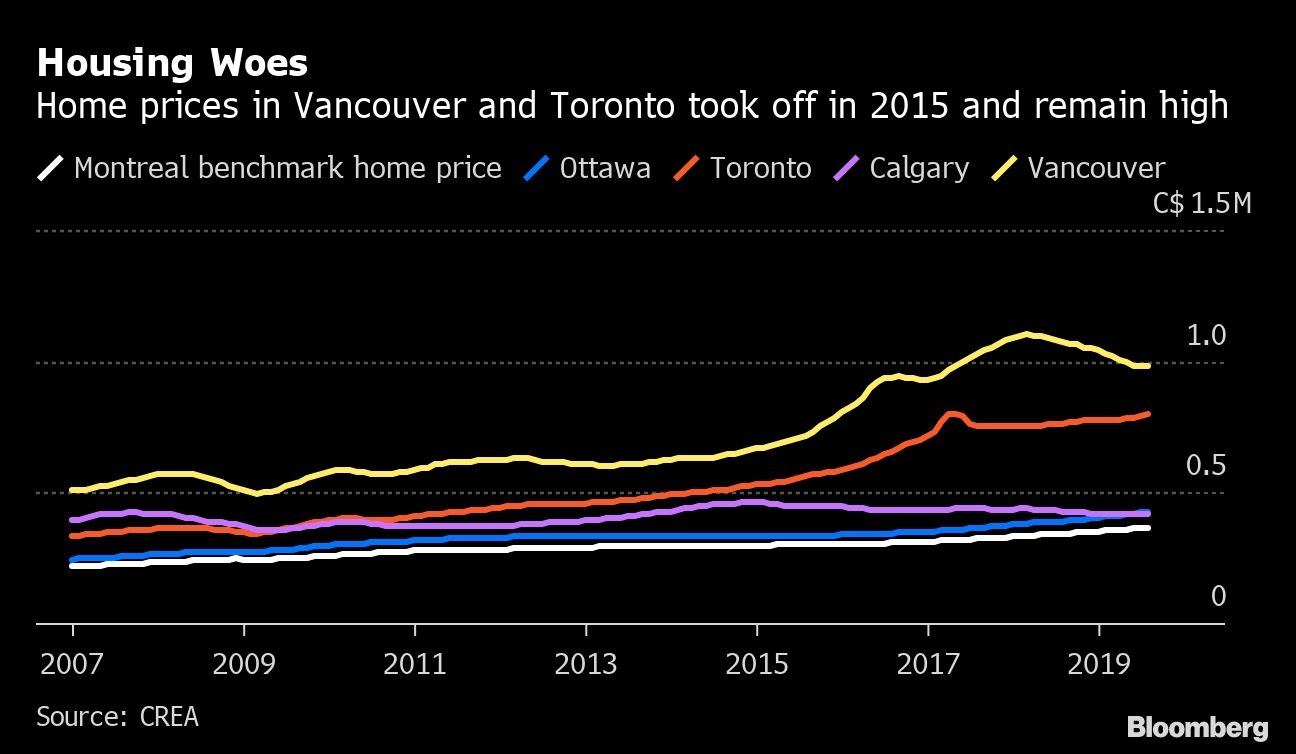 It’s old news that owning a home in Canada’s biggest cities has become an almost impossible goal for much of the middle class. Skyrocketing prices in recent years pushed potential buyers to the sidelines. New mortgage lending rules, so-called stress tests introduced by federal regulators in 2017, put ownership even further out of reach for many.

Toronto and Vancouver are easily Canada’s two main cities where residents are struggling to find an affordable place to live. The average selling price for a single family home in Vancouver was $1.51 million in September, and $1.1 million in Toronto. Renting in those cities is no easy feat either as low vacancy rates have pushed up prices for accommodation. 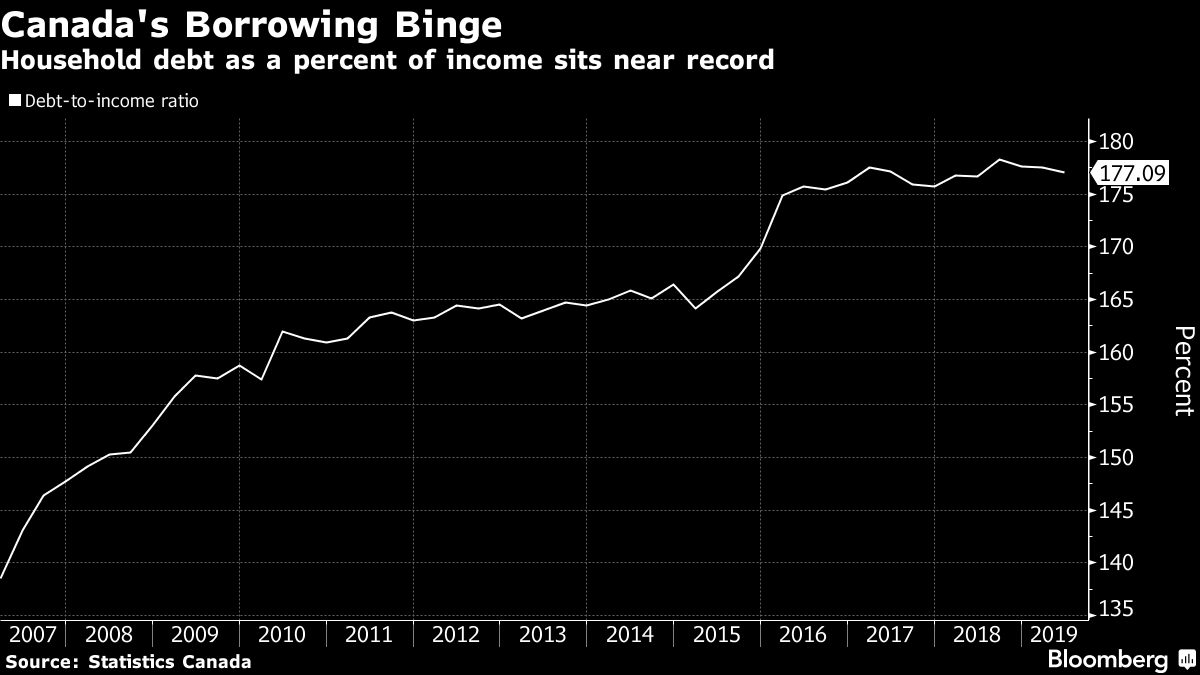 Elevated real estate prices are the main driver of the country’s record household debt ratios, now the highest in the Group of Seven. Buyers took out larger and larger mortgages as the housing market heated up, even as incomes failed to keep pace. As a result, household savings rates are hovering near the lowest in decades and the debt service ratio -- which measures the share of disposable income paid toward principal and interest -- climbed to a record in the second quarter. 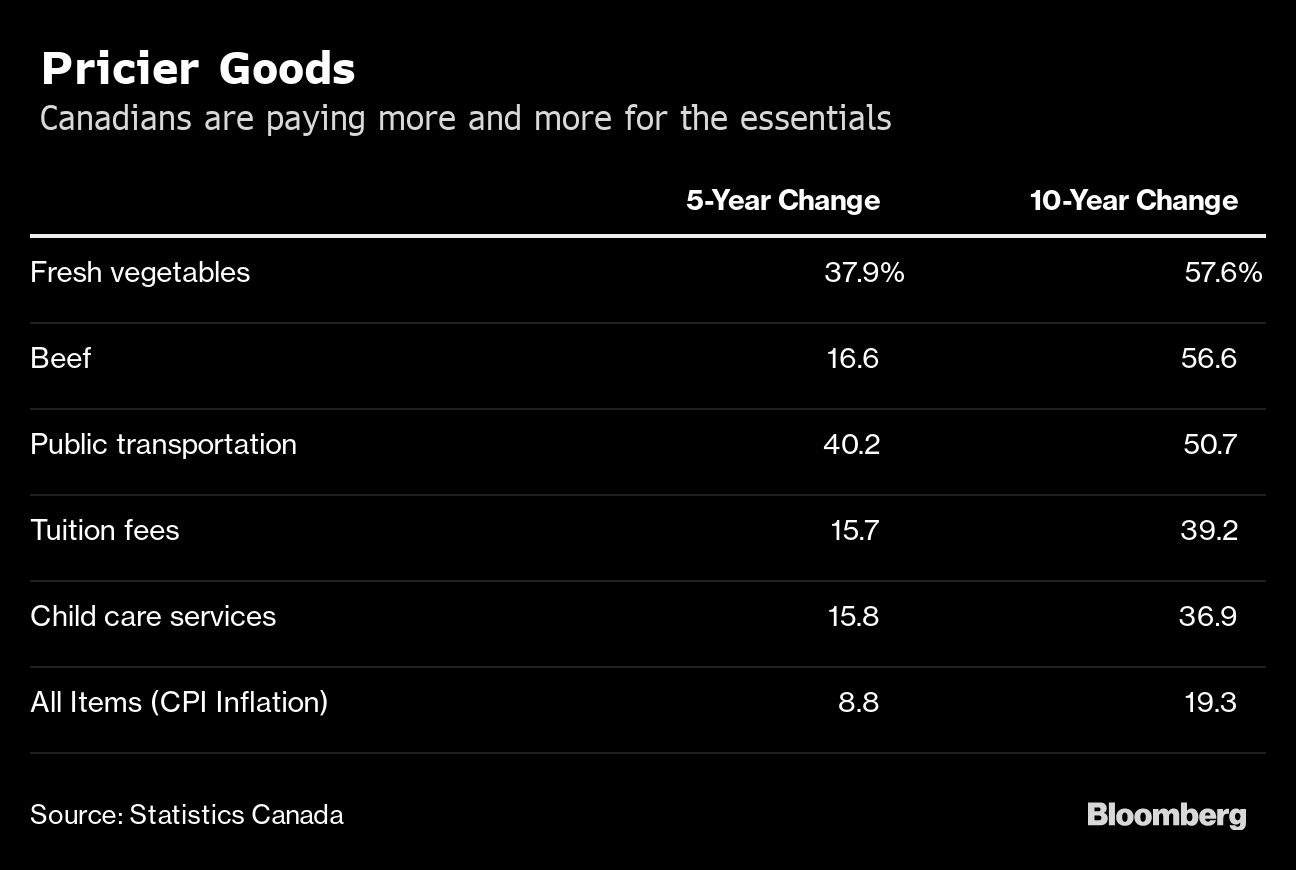 While overall price inflation in Canada has been relatively benign, shoppers have experienced sticker shock on many basics. Prices for fruits and vegetables jumped as much as 60 per cent in the past decade, according to Statistics Canada. Childcare and tuition costs rose upwards of 35 per cent and public transit prices ballooned by 50 per cent. 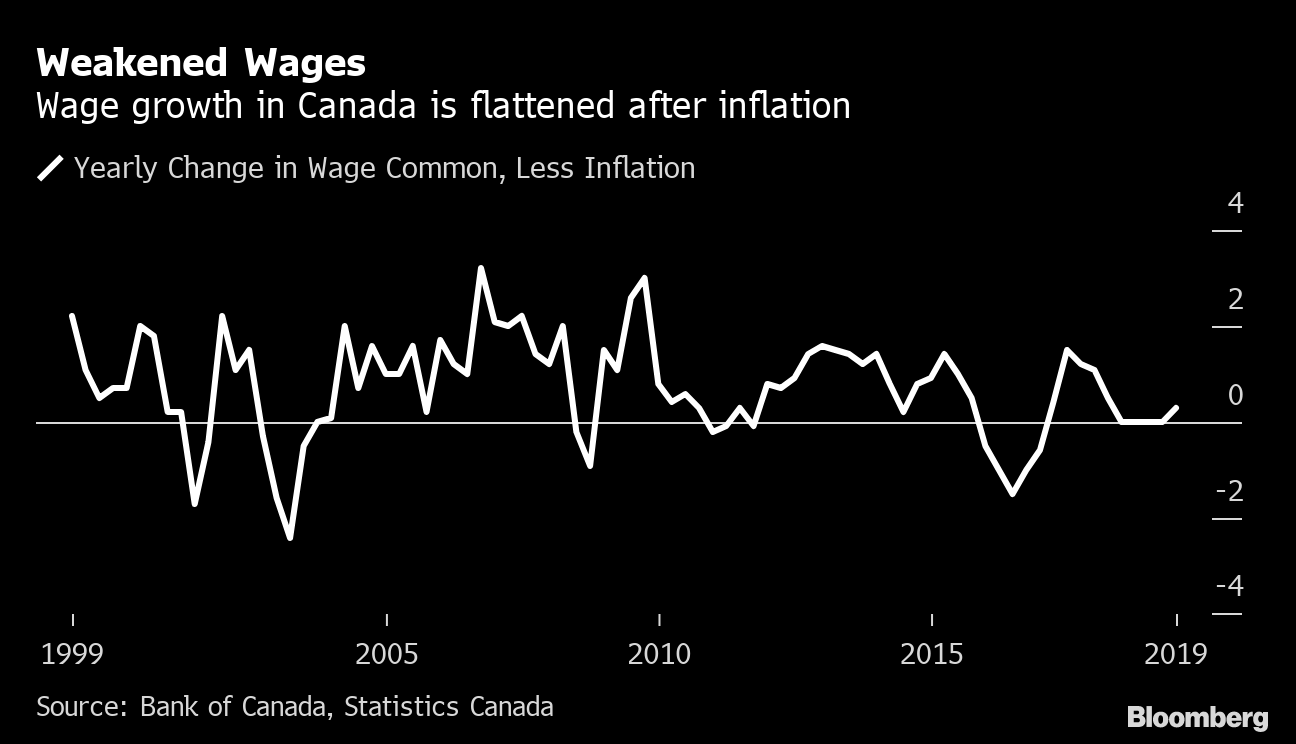 To top it all off, wages after accounting for inflation have remained relatively flat, even as costs for rent and basic goods increased. A puzzle for many economists and policy makers is why unemployment is hovering near record lows, yet incomes are struggling to pick up.

The financial pressure on Canadians isn’t likely to ease anytime soon, with the worldwide economic outlook dimming. The International Monetary Fund recently cut its projection for global growth this year to 3.2 per cent. A rate of 3.3 per cent or lower would be the weakest since 2009. Adding to the tension, many workers are worried about robots displacing jobs and the financial impact of an aging population.

“That’s the emotional side of this issue that doesn’t show up in any CPI index or economic data,” said David Coletto, chief executive at Abacus Data. “It’s in the head and the parties are clearly recognizing that emotional side is important. It’s like an arms race right now in Canada to offer up who can save us the most money.”