Bitcoin has more than doubled this year. That simple fact has enthusiasts cheering on its resurgence, even if no one can quite pinpoint why it’s rallying.

Indexica, an alternative data provider, built a custom index based on natural language processing of thousands of textual documents to try and explain Bitcoin’s 28 per cent run-up throughout the month of April. What they found pointed to a coming of age for the cryptocurrency.

Their findings showed three main drivers: a more complex conversation surrounding Bitcoin, fewer concerns about fraud and a shift in the tense of how Bitcoin is talked about from the past to the future.

The higher quality discourse suggests that more academics and financial professionals are discussing the cryptocurrency and that institutions may be taking it more seriously as an asset class. Fidelity Investments will buy and sell the world’s most popular digital asset for institutional customers soon, according to a person familiar with the matter. 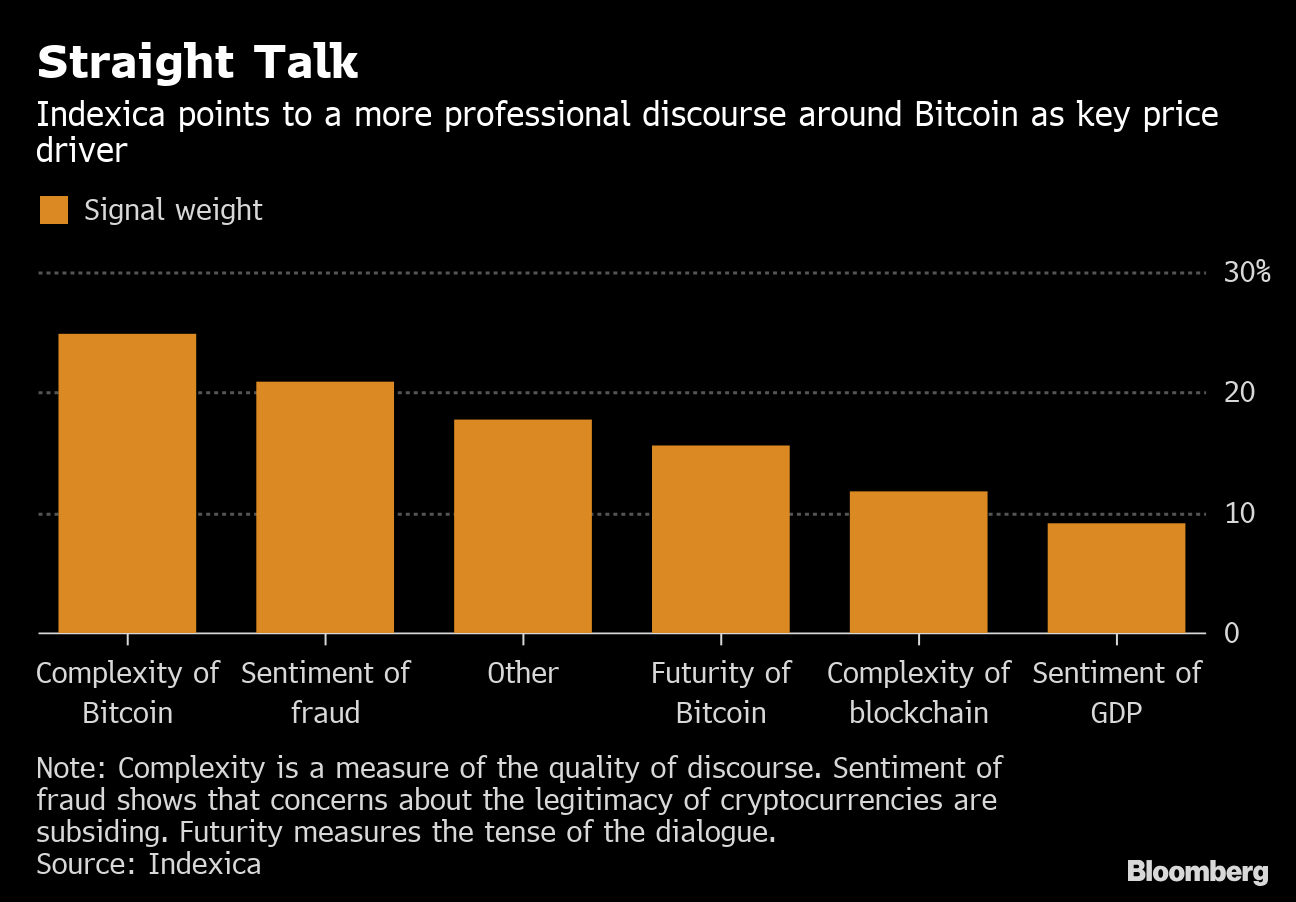 Indexica’s study also showed that the tense of the conversation changed last month. Futurity, a measure showing that discussions tend to talk about what’s going to happen as opposed what has already transpired, showed up as a major driver for the coin’s price last month for the first time on record.

Zak Selbert, chief executive officer at Indexica, says the futurity of Bitcoin is systematic and a characteristic often seen among stocks. Futurity also tends to indicate positive price moves in the future.

“Think about it, executives will speak of good things they expect to happen on conference calls before they happen,” said Selbert. “They only mention mistakes afterwards.”