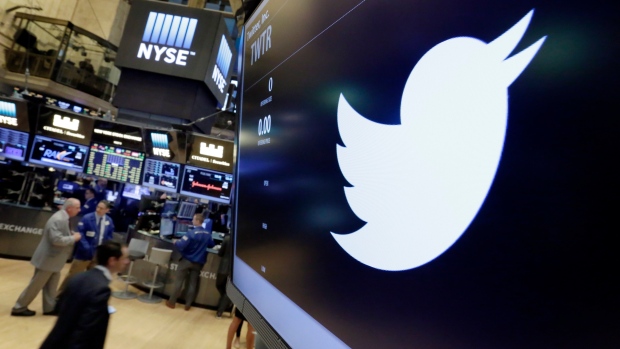 The Twitter symbol appears above a trading post on the floor of the New York Stock Exchange. , AP Photo/Richard Drew

Twitter is becoming the ‘Yahoo of social media’ companies due to a decline in revenue and a downbeat outlook, according to one analyst.

The company’s stock took a hit Wednesday after it posted its slowest growth in quarterly revenue since going public in 2013.

Michael Pachter, an analyst at Wedbush Secuirities, argues that Twitter is "dead money" for at least the next six months with no clear-cut potential buyer.

“I see no acquisitions imminently,” he told BNN in an interview. “I think the lack of revenue growth is a put-off to a potential acquirer. And so I think we are probably looking at dead money for six months until Twitter shows that it can start growing again.”

Twitter has, however, put effort into improving its product through live video streaming agreements over the last few months.

Earlier this week, the company announced a deal with the NHL and MLB to livestream weekly baseball and hockey games. But because this type of deal isn’t exclusive, it won’t actually do much for Twitter in the long run, Pachter said.

“Certainly it’s great that you can go to Twitter and watch a Thursday-night NFL game. But it’s hardly exclusive,” he said. “So the only reason you would do that is if you’ve cut your cable bill to zero, or if you find yourself on a train or something and you’re dying to watch the game. If you’re in a bar, the game will be on. It doesn’t really add that much.”

Ultimately, Pachter says Twitter will need to make "meaningful" changes to attract new users -- and engage its current users more effectively -- in order for shares in the company to appreciate significantly.

“They continue to think they are just the greatest company on the planet,” he said. “But they’re not doing a lot to turn their fortunes around.”