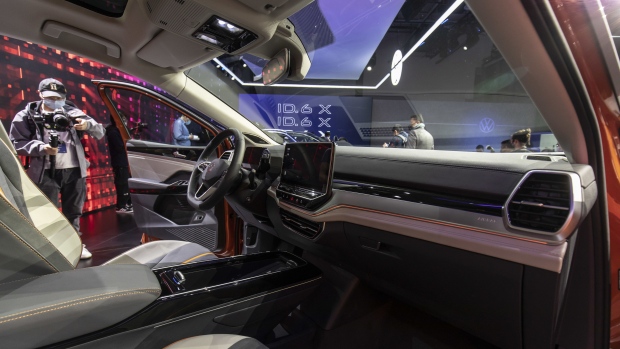 (Bloomberg) -- It’s the Lunar New Year holiday across Asia next week, and a time when some of my single friends in China are anxious about visits to their home towns. Many families traditionally use the opportunity to quiz unattached children about their marriage prospects.

Relationships are currently on the minds of carmakers too, particularly international producers and local brands who’ve had sometimes awkward unions under a three decade-policy that’s required foreign companies to operate in joint ventures with domestic competitors.

From earlier this month those requirements, which initially limited overseas auto giants to a 50% stake in the partnerships, have been removed — giving all overseas producers the same kind of freedoms that were previously granted only to a tiny handful of firms, including Tesla.

For the about two dozen carmaking alliances formed under the mandatory marriages since 1994, it’s time for some couples counseling. Almost all are likely to be considering the merits of sticking together, calling it quits, or selling down their stake to the other partner.

The undercurrent to those discussions will be the weak performance of the ventures in the country’s world-beating electric market. While the list of China’s top 10 sellers of all passenger vehicles, including combustion engine cars, features seven of the foreign-local ventures, only one — SAIC-GM-Wuling, the producer of the wildly popular Hongguang Mini, a compact four-seater — ranks among the major electric leaders.

In an era of booming EV sales, that points to trouble ahead.

To add to that fact, many foreign brands, including Ford and Hyundai, are losing favor with Chinese consumers, according to Shi Ji, a Hong Kong-based executive director with CMB International Securities. Companies like Volkswagen and GM may also find themselves under pressure.

VW, which has a 40% stake in a venture with China FAW Group and a 50-50 pact with SAIC Motor, insists the local partnerships remain beneficial. “There is no reason for us to turn away,” the company’s China Chief Executive Officer Stephan Wollenstein said earlier this month. A domestic partner does after all give foreign players local know-how and, arguably, an understanding of the market that’s hard to glean otherwise.

Others, however, are already seeking more control of their fate inside China. That can make sense too if the returns add up and the cost of raising the stake isn’t prohibitive. BMW, which previously agreed a plan with local partner Brilliance to lift its half-share in their alliance to 75%, should complete that deal this year. Mercedes-Benz maker Daimler is reported to be seeking to lift its stake in a venture with BAIC Automotive.

Some Chinese producers, meanwhile, see value in walking away. State-owned Dongfeng Motor last month responded to declining sales by selling its 25% share in a venture with Kia and locally-based Jiangsu Yueda.