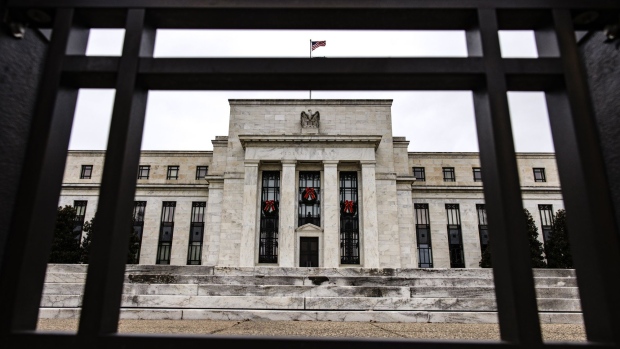 When facing an economic crisis, the Fed’s playbook normally skews toward juicing the economy too much rather than too little. After all, in the last go-round in 2007, being too stingy might have helped trigger a depression. Fifteen years later though, America’s central bankers face the opposite problem: they need to move fast to cool inflation.

That’s one of the takeaways from a panel discussion among economists this week, moderated by Bloomberg Economics Senior Executive Editor Stephanie Flanders. With U.S. inflation at 7%, the Fed needs to do more than expected, said Bill Dudley, a former president of the New York Federal Reserve Bank and senior adviser to Bloomberg Economics. Dramatically raising interest rates by a half-point in March is worth a look, Dudley said, though unlikely to happen.

Meantime, Bloomberg chief U.S. economist Anna Wong explains why U.S. workers, who’ve gone missing lately, are likely to rejoin the labor force soon. And, chief global economist Tom Orlik shares why President Xi Jinping isn’t about to let China’s economy implode while he seeks to cement lifetime power. Finally, on a lighter note, reporter David Hood shares everyone’s frustrations with the Internal Revenue Service, where customer service is so bad that some tax professionals are hiring robots to wait in line for them.