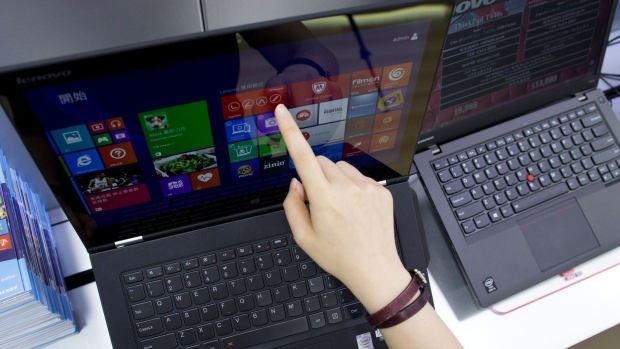 Signage outside Google's new Bay View campus in Mountain View, California, US, on Monday, May 16, 2022. On Monday Google opened its newest campus near the San Francisco Bay shoreline a few miles east of its headquarters in Mountain View. , Bloomberg

(Bloomberg) -- In a post-Roe world, the privacy of people seeking abortions is shaping up to be the next battleground for big technology companies.

Some investors who support reproductive rights want to know what steps — if any — technology and telecommunication companies will take to protect the data of those looking to terminate pregnancies in states where abortion is now illegal or highly restricted, after the US Supreme Court overturned a 50-year-old case that offered federal protection.

As a result of the decision, companies like Alphabet Inc.’s Google could face increased pressure from authorities to provide data on anyone suspected of attempting to get an abortion in another state, according to Rhia Ventures, a group that advocates for corporate support for reproductive rights. The quest for data could even extend to women who have miscarried, since they would experience similar medical outcomes to those who have taken an abortion pill, said Shelley Alpern, director of corporate engagement at Rhia.

“Prosecutors are going to want to come after their search histories, location data, all that sort of thing,” Alpern said.

Technology companies already respond to thousands of requests for data from law enforcement officials each year and reject very few of them. In the first half of last year, Google received almost 70,000 requests from subpoenas, search warrants and other government queries. Requests covered more than 115,000 accounts, according to the company's transparency report.

Verizon Communications Inc. and AT&T Inc. said they each received more than 100,000 requests for information in the second half of last year. Google, Verizon and AT&T declined to comment on whether that policy might change for abortion law enforcement requests.

States where abortion remains legal have been taking their own steps to bolster support for women from areas where it is not, including a focus on data sharing. Washington Governor Jay Inslee pledged over the weekend to block hardline anti-abortion jurisdictions from learning who travels to the state for the procedure.

JPMorgan Chase & Co., Facebook owner Meta Platforms Inc. and Starbucks Corp. are among the companies that have pledged to cover costs for employees seeking out-of-state abortions, yet that may not be the case for a majority of American firms.

Of the 350 human resources executives surveyed in late May by consultancy Gartner, 60% said their companies wouldn’t add any new policies in response to changing laws. Fewer than 10% said they would pay for some or all of employee travel costs for an abortion. Meanwhile, Texas lawmakers have warned companies may violate state law if they assist employees in traveling to another state to terminate a pregnancy.

Earlier this month, Rhia convinced about a third of investors at Lowe’s Cos. and those at TJX Cos. to support a request for the companies to report on the risks to their workforces if abortion were made illegal. At Walmart Inc., where the Walton family controls about 47% of shares, only 13% of investors indicated their support for the proxy proposal. TJX and Lowe’s declined to comment on whether they will engage with shareholders on the topic.

Beyond responding to pro-choice investors, companies also face growing backlash from some conservative shareholders who see them as going too far in addressing concerns over environmental, social and governance issues.

At annual meetings in April and May, the National Center for Public Policy Research — a conservative group that pushes for free-market solutions to policy issues — asked shareholders at a half dozen companies including AT&T, Citigroup and Twitter Inc. to support reports on the risks of diversity policies for employees who are not a member of a minority group.

While the proposals failed to attract more than 4% support from any company, the center will likely continue to focus the broader corporate foray into taking positions on social issues, according to Scott Shepard director of the center’s Free Enterprise Project.

“We’re going to work with C-suites in the context of metaphorically shaking them by the ears and waking them up to all the unnecessary litigation risk, legislative risk, reputational risk, and activism risk that they’re opening themselves up to,” Shepard said.

Rhia is similarly redoubling its efforts. It has asked several companies to disclose their political and election spending related to access to reproductive health care, a proposal that garnered support from 44% of investors at AT&T Inc.

The company spent at least $16.4 million on politicians and organizations “working to weaken women’s access to reproductive health care” in the 2016 to 2018 election cycle, Rhia said in a regulatory filing in March ahead of the May meeting. AT&T said its donations are bi-partisan and are the result of its broad participation in the political process, according to the filing.

“For companies, there’s no escaping they’re at a crossroads,” Rhia’s Alpern said. “They either take the moment to upgrade their policies and benefits or risk being seen by some portion of the talent pool as relics.”