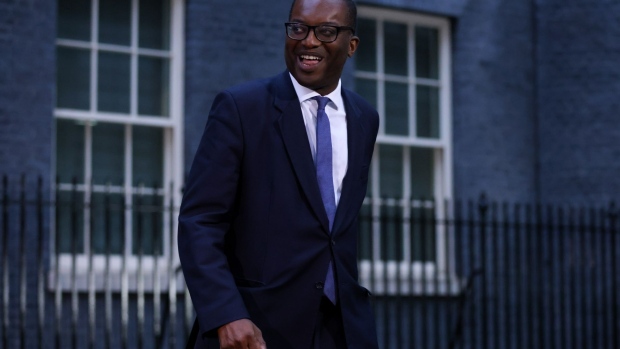 It’s a big week for Britain. Between the Bank of England decision on Thursday and the chancellor’s fiscal statement on Friday, it’s a particularly high stakes moment that will offer the first official taste of the Truss-Kwarteng economic vision — but what promises will come to fruition? And will the messages from the BoE and the government feel joined up?

In this week’s In the City, Legal and General chief executive officer Nigel Wilson joins David Merritt and Bloomberg finance editor Katherine Griffiths to discuss what business leaders need to hear and whether any of it matters if they can’t deliver. He talks about the importance of getting policy planning right to create a backdrop that entices investment.

“Virtually every sector in the UK can have a change of regulation, a bit better planning and more investment,” says Wilson. “That will allow GDP to grow and we haven’t seen that for a long time.”

Plus, Bloomberg Opinion’s Marcus Ashworth explains his view on some headline-grabbing policies that might be coming. He starts on the possibility of bonus caps being scrapped — pointing out the chancellor is wading into the politically sensitive area of banker pay, and the benefits may not be worth the risks. But, Ashworth explains, if the proposal is part of a larger package to improve the competitiveness of the City of London, then there may be broader merits, even if it’s tricky to pinpoint the specific advantages of relaxing pay rules.