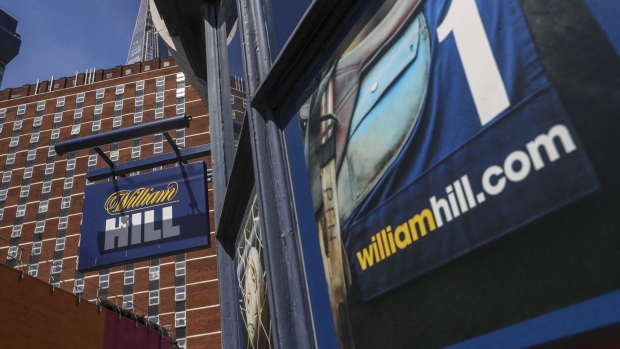 William Hill Plc has chosen to sell itself to a rival rather than private equity, yet the 2.9 billion pound (US$3.7 billion) deal could still end up in a breakup of the U.K. gambling company.

Caesars Entertainment Inc.’s takeover bid was accepted by William Hill’s board, according to a statement Wednesday, strengthening its position to expand in the lucrative business of online gaming in the U.S.

If its bid is successful, Caesars said its focus would be on London-based William Hill’s American assets and it would “seek suitable partners or owners” for the other businesses, such as the U.K. The British company has been focused on its U.S. operations after the Supreme Court legalized sports betting in 2018, while its older markets have suffered from tighter regulation.

Wednesday’s statement looks to have shut out a rival bid from buyout firm Apollo Global Management Inc. From William Hill’s perspective, a deal with Caesars may have been all but inevitable: the companies already operate a joint venture in the U.S., and Caesars said Monday it could terminate aspects of it if Apollo’s approach prevailed.

Caesars said the joint venture “needs to be broadened in scope in order to fully maximize the opportunity in the sports betting and gaming sector.” It estimates the U.S. sports and online betting market could be worth as much as US$35 billion.

Analysts from Truist estimated William Hill’s non-U.S. assets could fetch between US$2 billion and US$4.5 billion. Caesars would put that money toward repaying its debt financing, it said in a rights issue prospectus on Monday. 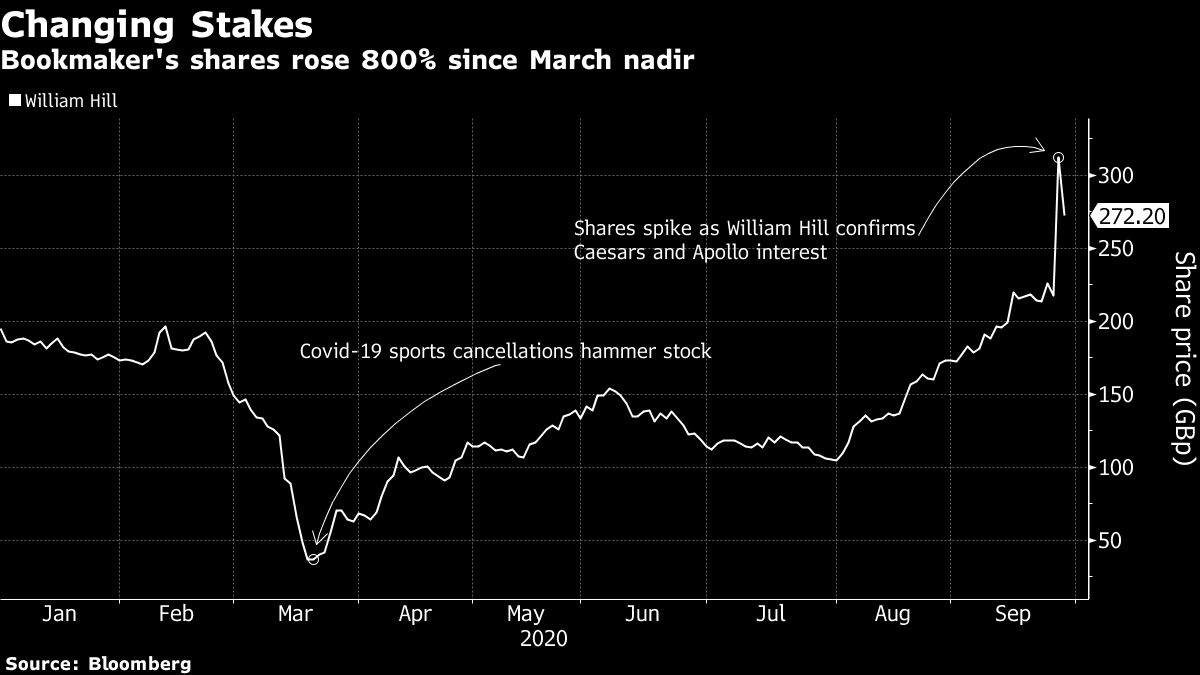 “It looks like a logical and natural move of consolidation of this round of U.S. brick and mortar players acquiring online knowledge,” Itai Pazner, chief executive officer of online gambling company 888 Holdings Plc, said in an interview on Wednesday. “I see a lot of opportunities in terms of M&A, either bolt-on M&A as we have been doing for the last few years, or something more strategic.”

One example of this trend is Flutter Entertainment Plc’s purchase of the Stars Group Inc., which it completed in May.

Though William Hill benefited from its U.S. presence, it’s been caught by changing rules in its home market. Founded in 1934, its betting shops became ubiquitous around Britain, but hundreds were rendered unprofitable by a 2018 U.K. government crackdown on the stakes companies could charge on betting terminals.

Gambling advertising has also been curtailed -- some voluntarily by operators -- while taxes on online betting have risen. Canceled sporting events and lockdowns due to the pandemic have accelerated store closures.

Caesars’s cash offer of 272 pence per William Hill share needs the approval of 75 per cent of the British bookmaker’s shareholders, according to the statement. It’s a 25 per cent premium to William Hill’s closing share price before takeover interest was reported by Bloomberg on Friday.

“William Hill is worth significantly more than the 272p Caesars bid,” Jefferies analyst James Wheatcroft said in a research note. “But with the recently revealed poison pill structure of the JV and now a WMH Board recommendation, Caesars Entertainment is well-placed to realize the full upside.”