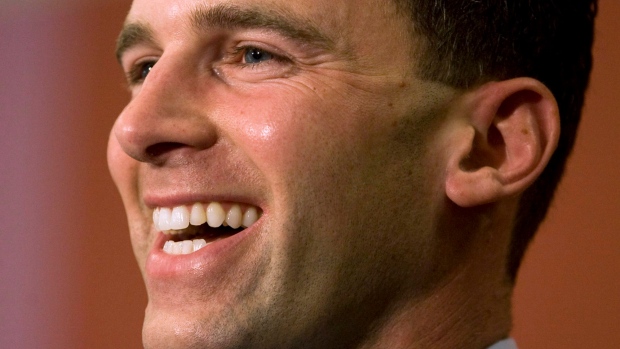 Globalive Technology Partners will join with other companies to help build software that incorporates blockchain technology into their businesses, then share in the profits and licensing fees that result. Lacavera is raising an initial $10 million in startup funding and plans to take the company public in Canada in the second quarter of 2018, he said in a phone interview.

Since stepping away from Wind Mobile, which was eventually sold to Shaw Communications Inc. for $1.2 billion and renamed Freedom Mobile, Lacavera has been investing in and advising tech startups. Blockchain is the catch-all term for a new type of software that runs over a network of de-centralized computers. It’s best known as the technology upon which bitcoin is built, a digital currency that has soared 1,560 per cent in the past 12 months, its total value surpassing that of the gross domestic product of New Zealand.

The surge has sparked a wave of speculative investing, with critics like JPMorgan Chase Co. Chief Executive Officer Jamie Dimon calling bitcoin a fraud that’s “a great product” -- if you’re a criminal. Still, it’s clear the underlying technology has potential, and major banks and other corporations are investing in finding ways to incorporate it into their businesses.

That’s where Lacavera thinks he can bring value.

Globalive is negotiating with 25 potential partners, and announced its first joint venture with media startup VIDL News on Tuesday. Lacavera wants to hire about 50 engineers as the company expands.

Canada’s tech industry has been bubbling in the last few years, with scores of new startups founded across the country and major U.S. tech companies like Amazon.com Inc. and Microsoft Corp. hiring thousands in cities like Toronto and Vancouver. Still, it hasn’t translated into many new public companies, with startups often selling themselves to other firms before reaching that point.