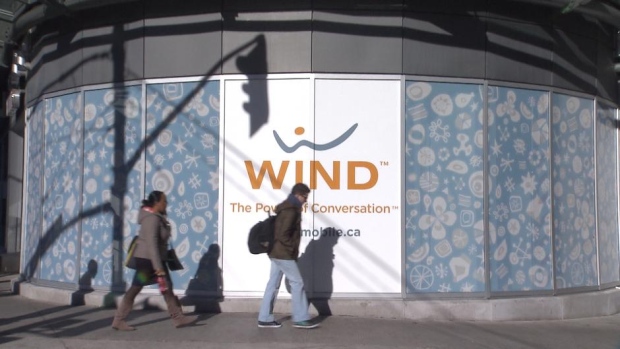 The company, which was acquired by Shaw Communications earlier this year, said Monday existing customers, accounts and rate plans will be seamlessly transitioned to the new brand.

“I’m very bullish on what this means for our customers,” Krstajic told BNN in a television interview.

“I think value comes from the fact that we are actually pricing the product in a competitive way – and quite frankly lower than what the industry is doing,” he said.

The company says it's rolling out LTE service throughout its coverage area, starting with Toronto and Vancouver.

When asked about creating competitive pricing, Krstajic said you won’t see the company “doing anything silly.”

“We’re not going to drop down into the 20s or the 30s to create a price war that doesn’t serve anybody. I think we have a market we’re going after – we’re going to be prudent in how we go after that market, and very measured in how we do things,” he said.

Calgary-based Shaw (SJRb.TO) bought Wind for about $1.6 billion in a deal that closed in March