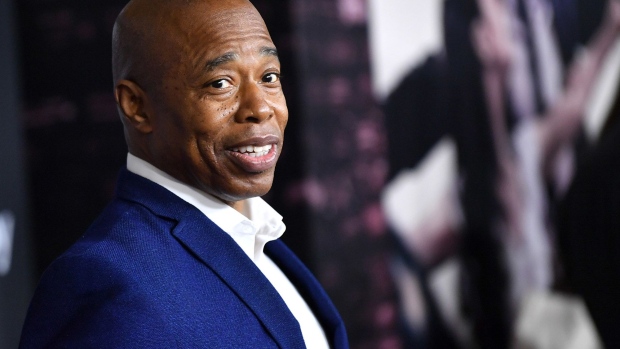 The money, part of a transition and inauguration entity, or TIE, is separate from campaign fundraising. It will be used to finance Adams’s operations as he pulls together a staff and irons out policy priorities ahead of taking office on Jan. 1.

Adams, a prolific fundraiser during the primary and general election, said the entity raised money from roughly 600 donors. Other people include business leaders Ken Chenault, Fred Wilpon and David Rockefeller.

“I am overwhelmed by the outpouring of support for our transition and enthusiasm for the new administration,” Adams said in a statement on Wednesday. “These funds allow us to help coordinate the work of hundreds of transition team members from diverse backgrounds and experiences to prepare us to hit the ground running on Jan. 1 and make New York a safer, healthier, more prosperous place for all.”

During his campaign for mayor, Adams raised $9 million. Independent groups supporting his candidacy raised more than $8 million more from the likes of Cohen and Citadel chief Ken Griffin.

Read More: NYC Business Leaders Wonder Which Side of Eric Adams They’ll Get

Those sorts of independent contributions are barred from the transition fundraising process and donations are limited to $5,100 apiece. Additionally, candidates cannot use money they raised during the election for transition or inaugural activities.

The Robin Hood Foundation, Mike Novogratz’s Galaxy Gives and other philanthropic groups are funding a separate $2 million public advocacy effort called NYC Speaks that looks to give New Yorkers a say in the transition process. They will be soliciting feedback that will be passed along to the burgeoning administration.

Read More: Novogratz Wants to Give New Yorkers a Say When Adams Takes Over

The Adams transition fundraising appears in line with previous administrations. Filings reveal $988,477 was raised as of Nov. 30 but Adams said the total is up to $1.2 million. Mayor Bill de Blasio, who is term limited, raised $2.1 million in transition funding during his first term from the likes of Steven Spielberg and Jeffrey Katzenberg.

Former Mayor Michael Bloomberg self-financed all three of his inauguration and transition efforts, giving himself $2.5 million in 2001, $1.7 million in 2005 and $916,669 in 2009, according to the campaign finance board. Bloomberg, founder and majority owner of Bloomberg News parent Bloomberg LP, has endorsed Adams.

Adams has not released plans for his inauguration celebrations, but has already been called the city’s next “nightlife mayor,” due to his penchant for New York City hot spots like Manhattan members-only club Zero Bond. De Blasio spent his inauguration night at Bar Toto -- his local neighborhood pub.

“This is the city of nightlife,” Adams told comedian Stephen Colbert in November. “I must test the product.”

(Updates with names of donors throughout)