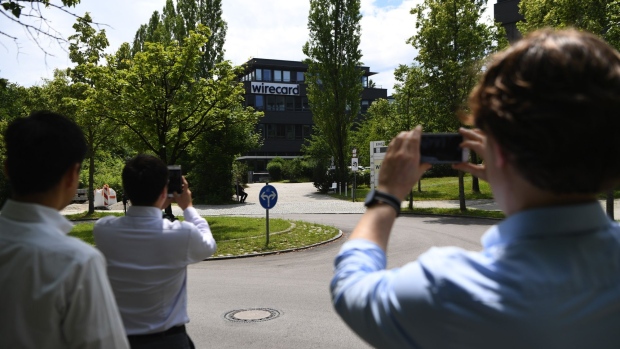 Pedestrians stop to take smartphone photographs of the Wirecard AG headquarters in Munich, Germany, on Thursday, June 25, 2020. Wirecard filed for insolvency, following the arrest of its CEO amid a massive accounting scandal that left the German payment-processing firm scrambling to find over $2 billion dollars missing from its balance sheet. , Bloomberg

Hedge funds that bought credit insurance on Wirecard AG debt are among those in line for a windfall of as much as US$212 million after the disgraced German payments company filed for insolvency last week.

A committee of traders meets on Tuesday to decide whether Wirecard has gone through a so-called bankruptcy credit event, triggering payouts to holders of credit-default swaps.

These contracts are commonly used by hedge funds to make bets on a company running into trouble as well as by bond investors to hedge their exposure. 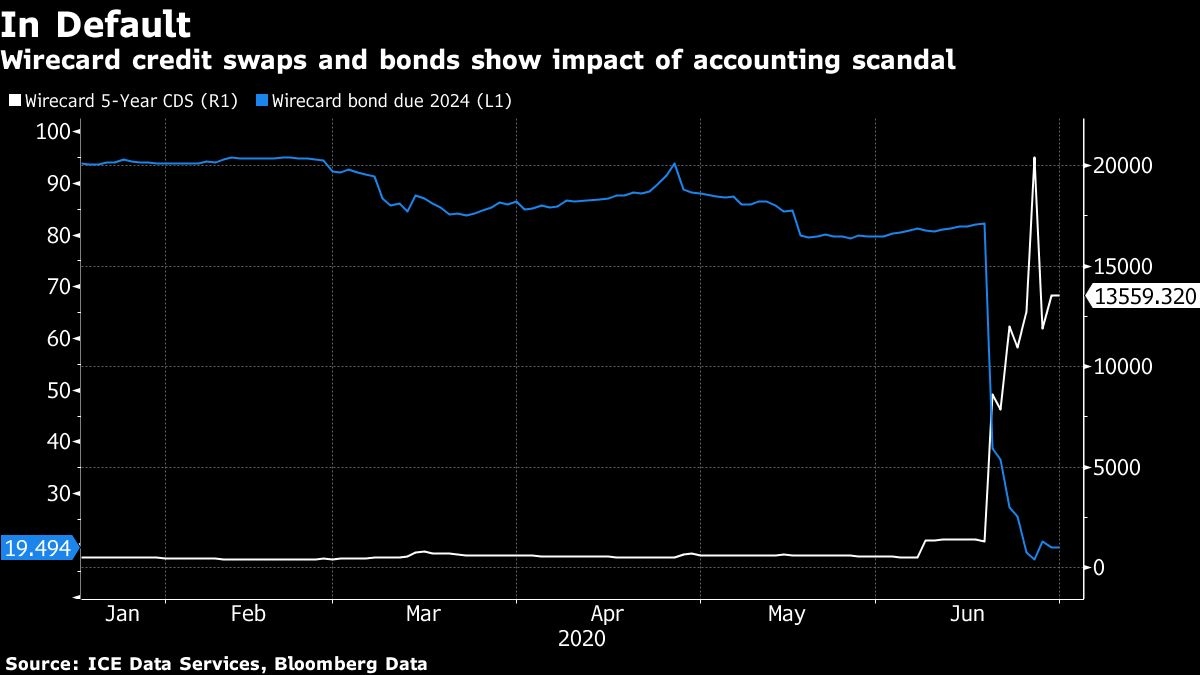 Wirecard filed for court protection in Munich on June 25 after disclosing more than US$2 billion was missing from its balance sheet. The scandal led to the arrest of ex Chief Executive Officer Markus Braun and inflicted severe damage to the reputation of Germany’s financial sector.

The country’s deputy finance minister has pledged a quick overhaul of regulatory oversight.

Wirecard’s credit derivatives reference its 500 million-euro bond due 2024 which is now in default and quoted at about 20 cents on the euro, according to data compiled by Bloomberg.

Once the committee has decided on the trigger, an auction will be held to determine the exact level of CDS payout in the coming weeks.