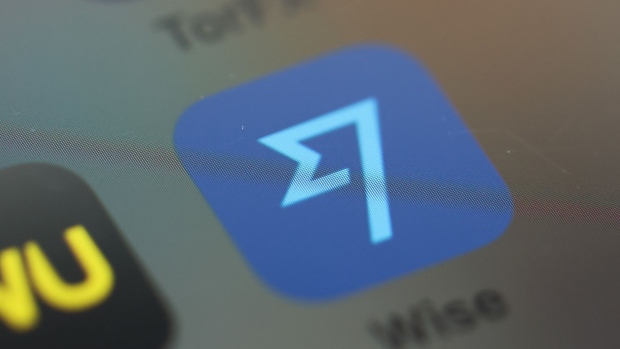 (Bloomberg) -- Wise Plc said revenue hit £559.9 million ($686 million) in its first set of full-year results as a listed company, up a third from the previous year.

The revenue figure was above the average Bloomberg-compiled analyst estimate of £556 million. The company said its volumes grew to £76 billion in the period, which was 40% more than in the year to March 2021, according to a statement Tuesday. It had 4.6 million active customers, an increase of 29%.

The money-transfer firm also said it expects revenue to grow by between 30% and 35% in the twelve months to March 2023, and in the medium term it expects to deliver revenue growth above 20%.

The firm “will continue to invest in our infrastructure” and “expand globally,” said Kristo Kaarmann, Wise co-founder and chief executive officer.

The company is one of a string of London-listed technology firms, whose shares have slipped since their listing, dampening investor confidence in London IPOs. Wise made headlines since going public for losing about 60% of its value.

Kaarmann himself is also in the spotlight. Wise said Monday that the Financial Conduct Authority has commenced an investigation into the CEO almost a year after he was fined by HMRC for deliberately defaulting on his taxes.