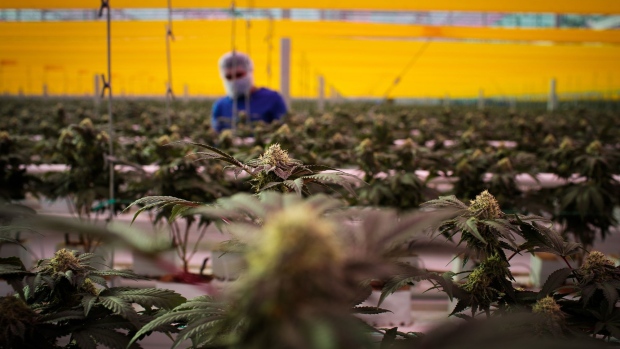 (Bloomberg) -- Big Alcohol and Big Tobacco have garnered a formidable reputation in the lobbying arena over the years. Big Pot is now looking for a piece of the action.

The efforts put muscle behind an industry that has grassroots momentum but lacks a unified voice. Given how many causes it’s rallying behind -- proffering cannabis as a solution to problems as diverse as the opioid epidemic, the pain of chronic diseases, pandemic-related unemployment and America’s racial divide -- the lobbying machine is poised to become a major player.

There’s plenty of room to grow. Last year, just $4 million was spent on marijuana lobbying, according to Open Secrets. That’s measly compared to the $27 million that was spent by tobacco lobbyists, and roughly $30 million from the beer, wine and liquor industry.

The lobbying organization gives the industry one voice on its most important issues, like access to banking, tax relief and the long-sought after goal of national legalization.

Read More: With Democrats in Control, Investors Are High on Cannabis

“This is an important milestone for the industry,” Canopy Chief Executive Officer David Klein said during his company’s recent earnings call. “The overwhelming feedback we heard in our conversations with elected officials and regulatory bodies is how disjointed and fragmented the industry currently is.”

The announcement came on the heels of other notable news: Altria, the tobacco giant that already had a 45% stake in cannabis company Cronos Labs, has officially entered the lobbying fray for marijuana.

Rafferty wouldn’t discuss her role when reached by phone, and an Altria representative didn’t share details, either. But the company indicated that it’s fully onboard with the marijuana industry’s highest aim.

Altria “supports the federal legalization of cannabis under an appropriate regulatory framework,” spokesman George Parman said in an emailed statement. “As a stakeholder in this industry, we intend to work with policy makers and regulators to support a transparent, responsible and equitable operating environment for the sale of cannabis.”

Of course, consumer companies aren’t entirely new to pot lobbying. In an interview after Canopy’s earnings, Klein discussed just how deep Constellation Brands’ involvement in the company’s efforts to enter the U.S. market have run. The beer maker is sitting alongside Canopy in discussions with banks, stock exchanges and, yes, government officials.

“Our government relations teams are very closely connected,” he said. “We share an office in Washington, D.C.”

“Are people sticking it to the man on this? Lazy shorts are lazy shorts. I think lazy shorts and catalysts are the same recipe that worked at Gamestop, and so, here we are,” said Tim Seymour, of Amplify Seymour Cannabis ETF, on the wild ride up, and then down, that cannabis stocks such as Tilray experienced this week after becoming the next target of Reddit chatter.