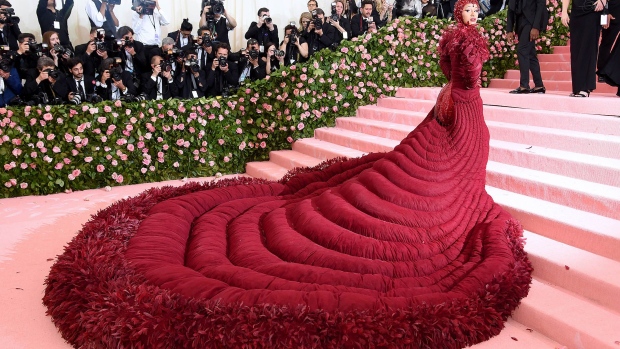 (Bloomberg) -- Last year, Tim Griffin, the executive director and chief curator of the Kitchen, a nonprofit art space in New York, decided to depart from his organization’s normal fundraising structure. Instead of holding two benefits a year to cover much of the organization’s roughly $2.6 million annual budget—an auction in November and a gala in April—he decided to focus all his energy on only one.

“We felt artists were having too much asked of them, and that there were too many benefit art auctions,” he says. “We decided to replace that income by putting more weight on the gala.”

Now though, the Kitchen’s spring benefit, which was supposed to take place in April and honor singer Debbie Harry and artist Cindy Sherman, is delayed at least until September.  “As soon as you take away half of our fiscal year calendar, you have an outsize impact on our season,” Griffin says. “It’s not really clear how within this fiscal year we’re going to recover that at all.” He estimates that postponing the gala will result in a loss of about $500,000.

Griffin’s organization has joined dozens of cultural institutions in New York that have been forced, with dizzying speed, to reckon with the effects of the new coronavirus. Not only have they had to close their doors to paying visitors—an act that under normal circumstances would dent their already fragile finances—now they also have to cancel their spring fundraisers.

“The coronavirus outbreak will have a far-reaching and long-lasting financial impact on all cultural organizations,” says Anne Pasternak, the director of the Brooklyn Museum. “[Their] revenue streams—from admissions, group visits, events, rentals, and more—have essentially halted,” she says. “The impact on contributions won’t be pretty, either.”

Galas might sound frivolous to outside observers who see party pictures of laughing patrons in front of untouched plates of catered food, but to the organizations themselves, they’re absolutely critical. And not only because of the funds raised that night.

“It’s categorically our largest fundraiser of the year, providing close to seven figures,” says Gabriela Palmieri, an independent art adviser and a trustee of El Museo del Barrio, which canceled its May gala. “We don’t have the coffers that other nonprofits have. This is cataclysmic.”

The problem, she continues, isn’t just the money that’s lost from table purchases. “Then you have the bidding on objects during the auction, and then you have emotional pledges,” she says. “Maybe they come from someone who was a guest at a table. Maybe it comes from someone who didn’t win something at auction but still wants to give. This is their chance to say here’s another few tens of thousands of dollars.”

Some institutions have emergency funds built in. Griffin says the Kitchen has cash on hand to continue its operations for the foreseeable future. Others have boards that are working to bolster their organizations’ finances. “My incredible board has agreed to fulfill their pledges” for the Artists Ball, Pasternak says. “This is what a healthy board does.”

But not every institution is so lucky, particularly if it scheduled an event months away in late April or May. “You had tickets or tables that were committed,” Palmieri says, “but people buy or pay for their tables a few weeks in advance.” Some people sent in checks in January, she continues, “but the majority pay in March or April. So the fact that El Museo made the decision two weeks ago to cancel means that supporters say, ‘OK, I’ll buy tickets, but in October’ or whenever they reschedule the date.”

Similarly, the gala for Performance Space New York was supposed to be on May 9 and was projected to raise $350,000, which is 17.5% of the organization’s $2 million annual budget. Before the organizers could even send out invitations, they delayed the gala indefinitely.

“We had to do a really quick meeting with our finance team and treasurer to make a contingency budget,” says Jenny Schlenzka, Performance Space’s executive artistic director. “We’re a small organization, so cash flow is always a big question.” The plan calls for emergency cuts in programming, travel, production, and marketing.

“We cut our budget in an extreme way so we can keep paying our staff and keep paying artists,” Schlenzka says.

Before March the Tenement Museum spent about $1 million a month on operating costs. About 75% of its $11.5 million budget to cover these costs was supplied from ticket sales and its gift shop. Philanthropic contributions made up the remaining $3 million, of which “the single biggest item of that is the museum’s spring benefit, which has a net of over $700,000—it raises over $1 million,” says Morris Vogel, the museum’s president.

Now the benefit is canceled, and earned revenue has gone from more than $700,000 a month to zero. “This is an unmitigated horror for us,” Vogel says. “We looked brilliantly strong, because we were generating so much of our operating costs through our programs. Now it looks like an extraordinary vulnerability. We don’t have an endowment. We don’t have billions of dollars in reserves.”

As a result, the museum has slashed its operating budget, laying off more than 70 freelancers, firing 13 members of its full-time staff, and having much of its remaining employees come in every other week through June. “We’ve radically cut expenses,” Vogel says. “We’ve got an obligation to keep this place going.”

The Tenement Museum isn’t the only one preparing for major losses.

The off-Broadway theater company Soho Rep was forced to cancel its spring fundraiser, which brings in about $250,000, an eighth of its overall budget. It already has about half of that number in cash sent in as pledges, but it’s still “pretty devastating,” says the theater’s executive director, Cynthia Flowers. “We’ve also lost ticket sales and subrental income.”

As the ban on large gatherings continues, Flowers says, “I don’t think there’s a not-for-profit theater in this city that’s not worried about the [long-term] existence of its organization.”

Even institutions that are in strong financial shape are projecting major cuts. After announcing that it will remain closed until July and canceling the star-studded, $15 million Costume Institute Gala, along with a series of other big-ticket fundraisers, the Metropolitan Museum of Art announced that it was expecting $100 million in losses, with layoffs “likely inevitable.”

“The Costume Institute Gala generates massive amounts of money,” says Daniel Weiss, the president and chief executive officer of the Met. “But the others collectively generate another $5 to $10 million. We’re talking about substantial resources here.”

The cancellations come as the Met is besieged on all fronts, says Kenneth Weine, the Met’s vice president for external affairs. “One of the amazing things about the Met is the diversity of our revenue sources,” he says. “We have very strong fundraising both from events and individual donors, plus retail, plus restaurants, plus admission, plus city support. This is a crisis that’s hitting every one of those platforms simultaneously.”

Griffin, who says that the Kitchen now “obviously has a huge hole for 2020” in its budget, plans to fill it with small fundraising events in trustees’ homes when self-isolation orders are over and by soliciting donations from large foundations. “We’re getting in touch with foundations that helped us during Hurricane Sandy, when our theater was flooded with three or more feet of water,” he says. “This is of another order.”

“As artists and cultural institutions adjust to new fiscal realities,” Alexander added, “we call on funders, businesses, and individuals to join us in supporting the arts and the strength, inspiration, and perspective they bring—in New York City and around the world.”

The real problem, Griffin says, is that the pandemic-related closures have exacerbated an existing instability in the world of cultural not-for-profits.

“Over the past decade and more, we’ve seen the precariousness growing for small organizations,” he says. “There’s a whole economy in culture that has been really clearly on the cusp of disappearing. One can only hope that this isn’t the wave that actually makes that disappearance happen.”