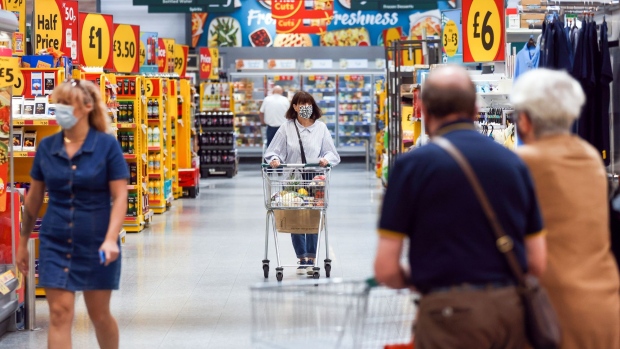 About 99% of shares were voted in support of the deal at an extraordinary investor meeting Tuesday, following a months-long, heated takeover battle between CD&R and rival U.S. private equity firm Fortress Investment Group.

CD&R’s 287 pence-a-share offer was one penny higher than Fortress’s final proposal at an auction earlier this month. The bid is 61% higher than the grocer’s undisturbed share price.

Completion of the takeover is expected later this month and will bring to an end more than half a century on the public market for the grocer founded in 1899 by William Morrison as an egg-and-butter stall in Bradford in the north of England.

The deal also marks the return of Terry Leahy, a former chief executive officer of Tesco Plc., Britain’s largest grocer, who led the CD&R bid. Leahy has a long history with most of the Morrison management team, including Chairman Andy Higginson and CEO David Potts who spent much of his career at Tesco. Leahy is likely to replace Higginson as chairman but will retain the rest of the management team and has pledged to execute the grocer’s current strategy.

The battle for Morrison was one of the most high-profile tussles for a British company in recent years. The grocer attracted bidders with its well-run and highly cash-generative business and a valuable real estate portfolio of nearly 500 stores across Britain. Since taking over in 2015, Potts has carried out a turnaround of the grocer, which was hemorrhaging sales and market share when he took charge.

Europe’s competitive supermarket sector has been beset with merger activity in recent years. In 2020, TDR Capital and the Issa brothers agreed to buy the U.K.’s third-largest grocer, Asda Group Ltd., in a 6.8 billion-pound deal. In France, where grocers face cutthroat pricing and competition from low-cost German rivals, Carrefour SA has held talks with rival Auchan and Canada’s Alimentation Couche-Tard Inc., but nothing has come to fruition.

(Updates with more information on bidders in fifth through eighth paragraphs)