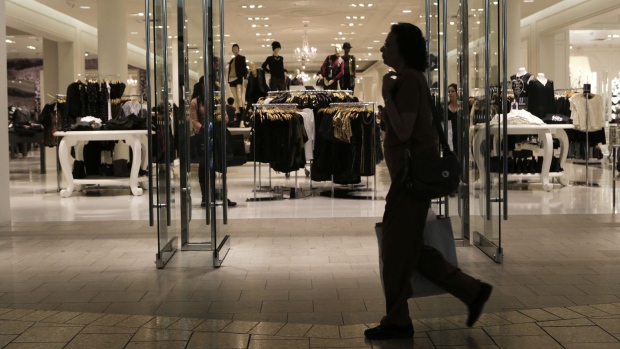 A woman carries a shopping bag at a mall in Fairfax, Virginia. Bloomberg/Andrew Harrer

If you’re a woman wondering when you might have the same economic opportunities as your male counterparts, you might have to wait more than two and half centuries, according to the World Economic Forum.

The economic gender gap will take 257 years to close, the WEF said, even more than the 202 years it predicted in 2018. Technological change is having a disproportionate effect, with women more highly represented in roles hit hardest by automation such as retail. What’s more, not enough women are entering professions where wage growth is fastest, the forum said.

There are also large inequalities in almost all of the fastest-growing job clusters of the future, with fewer women represented in cloud computing, engineering, data and AI, and product development.

“To get to parity in the next decade instead of the next two centuries, we will need to mobilize resources, focus leadership attention and commit to targets,” said Saadia Zahidi, head of the WEF Centre for the New Economy and Society.

For its part, the forum has committed to at least double the current percentage of women participants at its annual meeting in Davos by 2030. 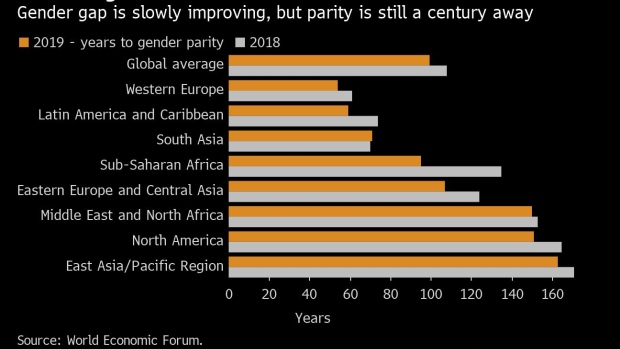 The report did contain some positive developments: the global gender gap -- which accounts for health, education and politics alongside economics -- has improved, thanks largely to a greater number of women in politics. Still, the current trajectory for closing it is almost 100 years.

The WEF does offer some reason for hope for faster progress. In many countries, increased political empowerment corresponds with higher numbers of women in senior roles, indicating there could be a “role model effect” that would help close economic disparities.