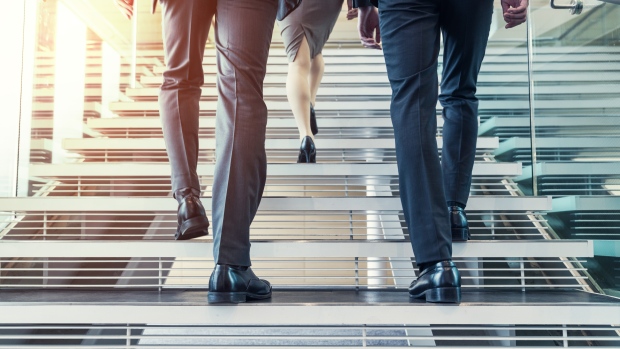 Women managers remain woefully under-represented in the fund industry, but they’re doing a better job picking stocks than their male counterparts, at least this year.

Among some 500 large-cap U.S. mutual funds, those with at least one-third of manager positions held by women have beaten those with no women by 1 percentage point in 2020, data compiled by Goldman Sachs Group Inc. show. That’s a slight departure from the previous three years, when the gender difference had little impact on fund performance.

Woman-managed funds are benefiting from a preference for technology stocks, an industry that has dominated gains. Male managers lean toward financial shares, the second-worst performer in the S&P 500. Also helping widen the gap is Tesla Inc., which is more widely owned by female managers. Shares of the electric automaker have soared by more than 400% this year, compared with a gain of less than 10 per cent in the S&P 500.

“Even after adjusting for risk, female-managed funds have outperformed their counterparts amid the pandemic-related market swings,” Goldman strategists led by David Kostin wrote in a note to clients. The tech sector “is the largest source of disagreement between female-managed and all other large-cap mutual funds,” they wrote.

Women are still a small minority in the industry. Only 3 per cent of the mutual funds tracked by Goldman have an all-female fund manager team, collectively managing just 2 per cent of total assets. In contrast, 77 per cent are managed by an all-male team, with these funds accounting for 57 per cent of assets. 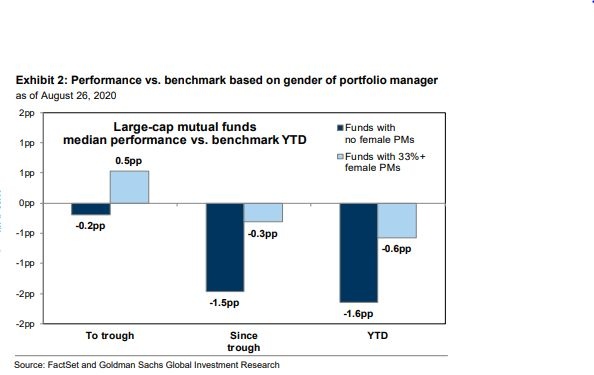