The World Bank slashed its growth forecasts for most countries and regions, and warned that new adverse shocks could tip the global economy into a recession.

Global gross domestic product will probably increase 1.7 per cent this year, about half the pace forecast in June, the Washington-based lender said Tuesday. That would be the third-worst performance in the last three decades or so, after the contractions of 2009 and 2020.

The bank, which also cut its growth estimates for 2024, said persistent inflation and higher interest rates are among the key reasons. It also cited the impact of Russia’s invasion of Ukraine, and a decline in investment. 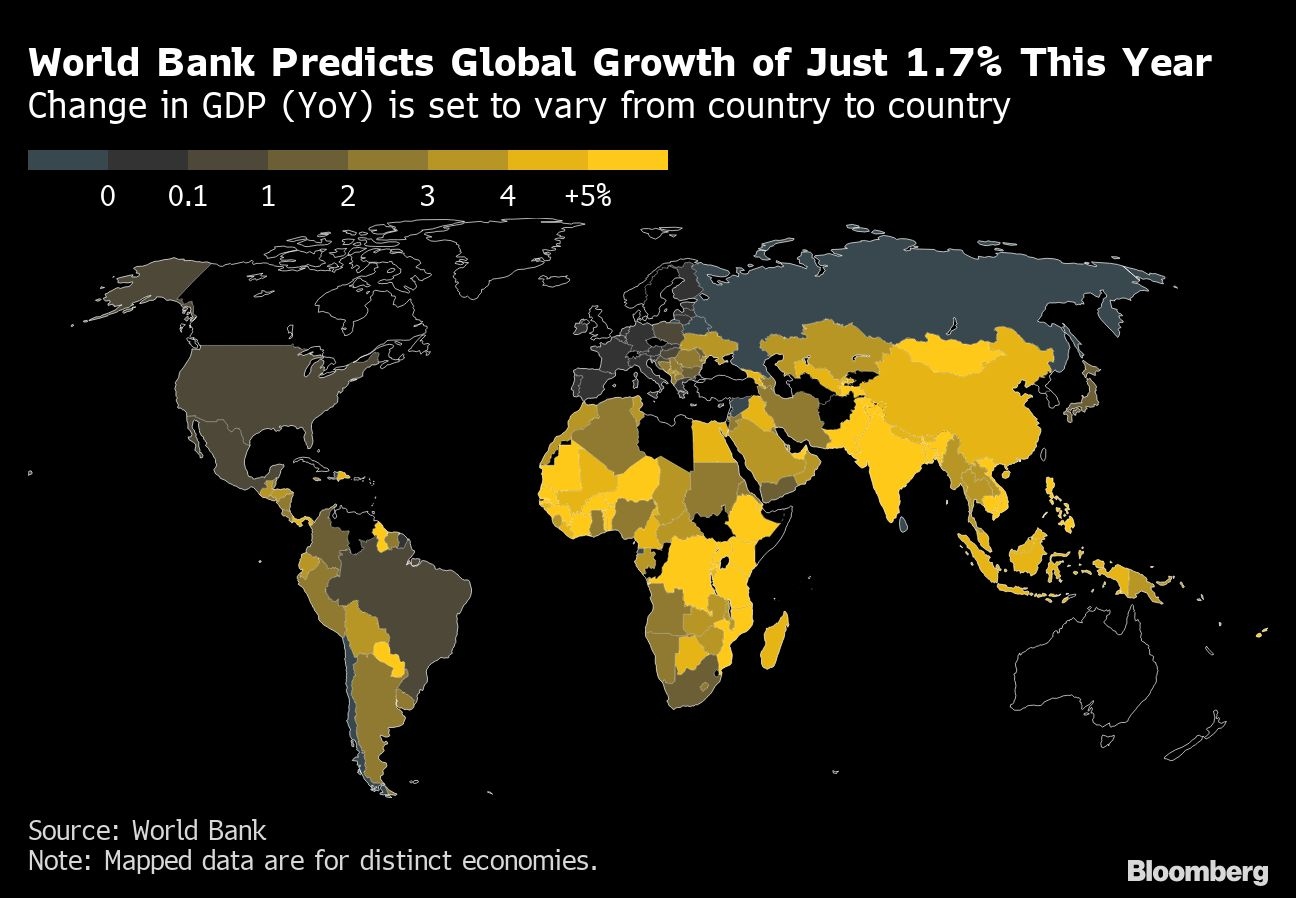 “The crisis facing development is intensifying” and the setbacks to global prosperity will likely persist, World Bank President David Malpass wrote in a foreword to the bank’s semi-annual Global Economic Prospects report. He said GDP in emerging-market and developing economies at the end of next year will be about 6 per cent below the level expected on the eve of the Covid-19 pandemic.

Spillovers from a period of pronounced weakness in the US, China and the European Union are exacerbating other headwinds faced by poorer nations, the lender said. While inflation is moderating, there are signs that pressures are becoming more persistent, with central banks having to raise interest rates faster than expected.

“The combination of slow growth, tightening financial conditions, and heavy indebtedness is likely to weaken investment and trigger corporate defaults,” the World Bank said. “Urgent global action is needed to mitigate the risks of global recession and debt distress.” 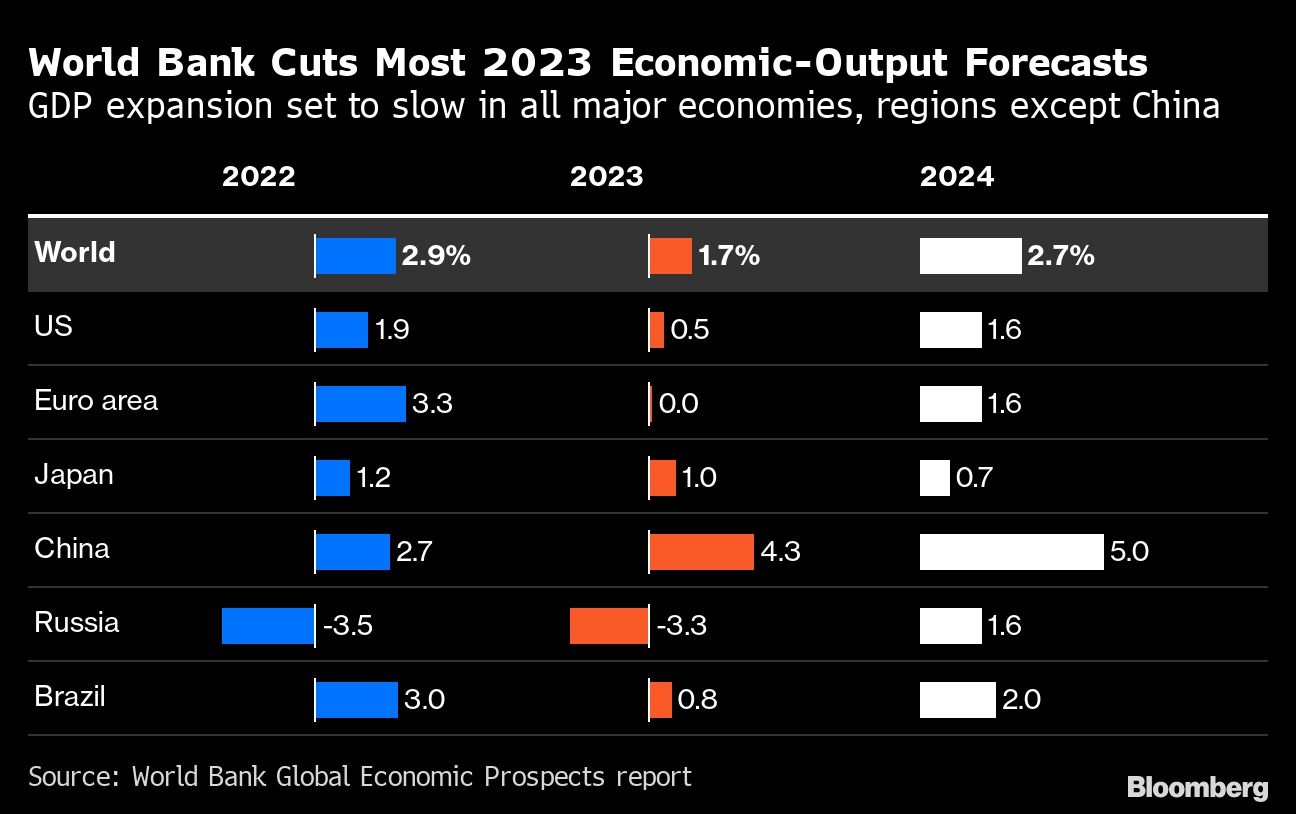 The lender, which is reviewing its operational model, said a focus on the following areas is critical given limited policy space:

The World Bank called for a “major increase” in investment for developing nations, including new financing from the international community and from the repurposing of existing spending, such as inefficient agricultural and fuel subsidies.

“Even though the world is now in a very tight spot, there should be no room for defeatism,” Malpass said. “There are significant reforms that could be undertaken now to strengthen the rule of law, improve the outlook and build stronger economies with more robust private sectors and better opportunities for people.”