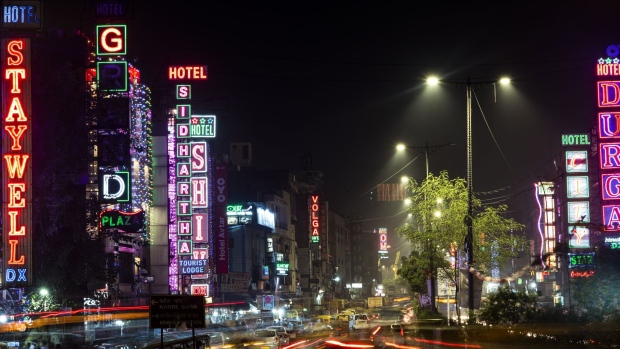 (Bloomberg) -- The World Bank revised its growth forecast for India in the current fiscal year to 6.9% from 6.5%, as stronger consumption and more robust domestic activity are expected to help the South Asian nation perform better than other emerging markets.

India is well-positioned to navigate external financial shocks, according to a report released by the World Bank on Tuesday. The country’s gross domestic product grew 6.3% in the July to September period. Though that marks a drop from the preceding quarter’s 13.5%, India has so far buffered itself from recessionary shocks facing other parts of the world, the group said.

Global economic headwinds are expected to take a harder toll on the country’s finances next year. For FY2024, the World Bank also changed its forecast, cutting the growth projection from 7% to 6.6%.

During a Tuesday briefing, Dhruv Sharma, a senior economist at the World Bank, said India’s overall fiscal deficit is expected to gradually decline over the next few years, driven by more efficient tax revenue collection.

India is on track to meet its fiscal deficit target of 6.4% of GDP in the current financial year, he said, while the general government deficit is expected to narrow to 9.6%. The World Bank has no concerns about India’s debt sustainability at this stage.

India, like its peers, has tackled surging commodity prices and inflation by tightening monetary policy. The World Bank expects retail inflation to accelerate to 7.1% in the current financial year before easing to 5.2% in 2023-24. Since the beginning of 2022, consumer inflation has hovered above the Rerserve Bank of India’s upper band of 6%, though the figure dropped to a three-month low of 6.77% in October.

A global slowdown in trade may also affect India. With every increase of $10 in the price of crude oil, India’a current account deficit is likely to widen by about 1%, according to World Bank estimates.