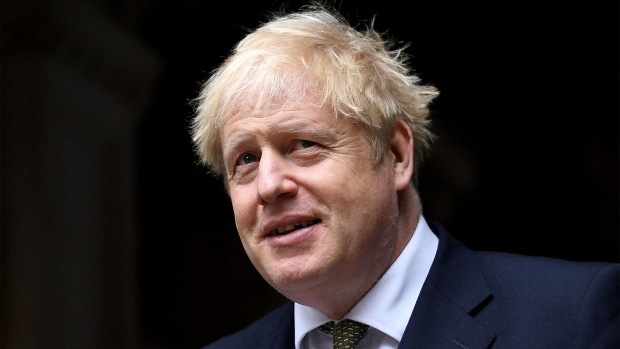 World leaders welcomed Joe Biden’s election win with many hoping the Democratic U.S. president-elect will spur a reset in ties, bringing a renewed focus on global issues like climate change and a more collaborative approach to tackling the coronavirus pandemic.

In his four years as president, Donald Trump upended decades of accepted American foreign policy. He criticized longstanding allies in Europe, withdrew from international agreements and organizations, and set aside human rights concerns to cultivate ties with more authoritarian leaders in Saudi Arabia, Hungary and Turkey.

Former Vice President Biden, meanwhile, promised a more multilateral approach, leveraging relationships with allies in Europe and Asia. Even so, he’s expected to continue a tougher line on trade matters and will need to balance public sentiment at home, which is for America to stop shouldering so much of the burden for global defense.

Here’s a roundup of the key reaction around the world so far:

Chancellor Angela Merkel said she looked forward to working with Biden. “Our transatlantic friendship is indispensable if we are to face the greatest challenges of our time,” she said in a statement posted on Twitter by her spokesman.

Foreign Minister Heiko Maas called for a fresh start for transatlantic ties -- what he called a “New Deal.”

“Joe Biden made clear during the campaign that he sees the global strength of the U.S. in team play and not going it alone. We also want the west to play as a team again,” Maas said in a statement. “Only that way can we make our common values felt in the world, only then can we have the necessary clout.”

Prime Minister Justin Trudeau, who had an at-times prickly relationship with Trump, including on trade, spoke of the “extraordinary relationship” between the countries in his statement congratulating Biden and Vice President-elect Kamala Harris.

“We will further build on this foundation as we continue to keep our people safe and healthy from the impacts of the global COVID-19 pandemic, and work to advance peace and inclusion, economic prosperity, and climate action around the world,” he said.

Please read my full statement on the result of the US presidential election: https://t.co/ouQ2U1vnnc

British Prime Minister Boris Johnson cited shared priorities including climate change, trade and security in sending his congratulations to Biden. He also acknowledged the election of Harris as the first woman, the first Black person and the first Indian-American as vice president.

President Emmanuel Macron called on the incoming American administration to “work together” with France. “We have a lot to do to overcome today’s challenges,” he said on Twitter.

China is likely to face a stronger stance from the U.S. under Biden on human rights issues and for its crackdown on Hong Kong. But state media focused their initial reactions on Trump, rather than Biden. Trump has made repeated references to voter fraud, without providing significant evidence, and has said he plans to fight on via the courts.

Hu Xijin, editor-in-chief of the state-run Global Times, said Trump’s actions could continue to reverberate. “Given his unique personality, and mobilization capability that other defeated candidates don’t have, if he rejects this result and sticks to this attitude to the end, it will have far-reaching impact,” Hu said on Twitter.

Meanwhile the People’s Daily had a bit of fun with Trump’s claim to have won the election by a large margin.

Secretary-General Jens Stoltenberg called Biden a “strong supporter” of the defense grouping, which found itself under fire from Trump for insufficient contributions from member states aside from America.

“A strong NATO is good for North America and good for Europe,” he said in a statement. “We need this collective strength to deal with the many challenges we face, including a more assertive Russia, international terrorism, cyber and missile threats, and a shift in the global balance of power with the rise of China.”

“The European Commission stands ready to intensify cooperation with the new Administration and the new Congress to address pressing challenges we face,” she said in a statement.

I warmly congratulate @JoeBiden and @KamalaHarris for their victory in the U.S. Presidential elections.

The EU and the USA are friends and allies, our citizens share the deepest of links. I look forward to working with President-elect Biden.

Heartiest congratulations @KamalaHarris! Your success is pathbreaking, and a matter of immense pride not just for your chittis, but also for all Indian-Americans. I am confident that the vibrant India-US ties will get even stronger with your support and leadership.

Iran and the Middle East

“Regardless of the outcome, one thing is absolutely clear, the definite political, civil, & moral decline of the US regime,” he said on Twitter.

The Trump administration withdrew the U.S. from the 2015 Iran nuclear accord and imposed sweeping economic sanctions to try to force Tehran to accept a tougher deal that also limits its missile program and ambitions in the Middle East. Biden has indicated he may seek to rejoin the pact.

The president of Iraq, Emir of Qatar and Abu Dhabi Crown Prince Mohammed bin Zayed -- defacto leader of the United Arab Emirates -- sent their congratulations to Biden. But there was no statement as yet from Israeli Prime Minister Benjamin Netanyahu, who arguably was one of the biggest beneficiaries of the Trump administration’s foreign policy.

Congratulations to @JoeBiden and @KamalaHarris on winning the US elections. Our sincere wishes for further development and prosperity for the American people. The UAE and USA are friends and allies with a strong historic partnership that we look forward to strengthening together.

President Alberto Fernandez praised the American people for the record voter turnout, calling it a “clear expression of popular will.” The leaders of Chile and Columbia also sent congratulations, with both singling out the environment as a key area for renewed cooperation.

Congratulations @JoeBiden, President-elect of the United States, and Vice President @KamalaHarris, on this victory. Chile and USA share many values, ​such as freedom and the defense of human rights, and challenges like the commitment for peace & the protection of the environment.