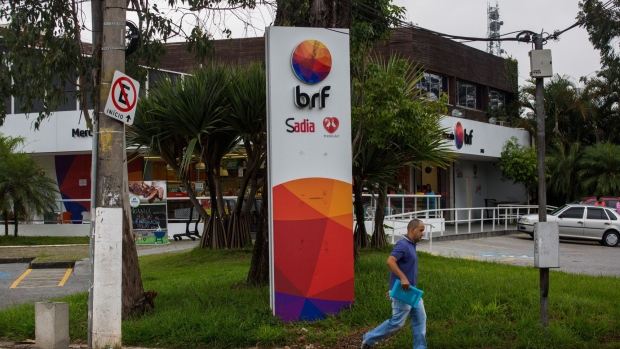 (Bloomberg) -- BRF SA, the world’s biggest chicken exporter, has picked a syndicate of 11 banks to handle a share sale that could raise as much as $1.4 billion, people familiar with the matter said.

On Monday, the majority of the company’s shareholders approved a capital increase through the sale of as many as 325 million new shares, according to a regulatory filing. If the deal goes through, BRF could raise as much as 7.9 billion reais ($1.42 billion) considering current prices.

Shares have rallied almost 18% since the deal was proposed last December, as analysts expect the share sale to address BRF’s need to cut debt. It would also allow rival meat producer Marfrig Global Foods SA to exert greater control over the company, according to a December report by BTG. Marfrig already owns about 30% of BRF.

BRF’s share sale is one of a handful of big equity offerings expected in Brazil this year, as potential volatility from an upcoming presidential election has discouraged smaller deals in favor of more liquid transactions. Investment bankers are predicting a drop in the country’s share-sale activity this year after transactions raised about 155 billion reais in 2021, only 2.5% below the record 159 billion reais raised in 2020.

In another big-ticket transaction, the controlling shareholders of Braskem SA are seeking to raise about $1.5 billion by selling shares in the petrochemical firm, according to filings.