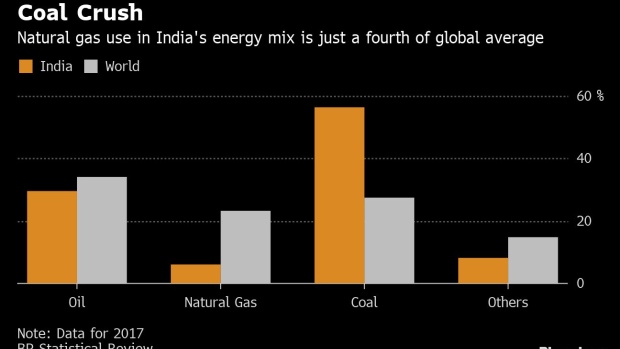 (Bloomberg) -- One of the biggest challenges facing Indian Prime Minister Narendra Modi as he begins his second term is ensuring clean air in a country that’s home to some of the most polluted cities in the world.

The country is burning up more coal to supply cheap electricity to its 1.3 billion people, resulting in polluted air across vast stretches. That’s costing lives and denting the nation’s economic productivity, prompting a policy rethink. Air pollution and how political parties plan to tackle it figured in their manifestos for the first time in national elections that ended May 23.

Efforts in the past to clean up the environment have struggled to clear the test of affordability. India’s fleet of coal-burning power plants, among the biggest sources of air pollution and a dominant provider of cheap energy, have dragged their feet over implementing emission standards, citing cost. A campaign to replace firewood with clean cooking fuel in rural homes needs to be affordable to have greater adoption.

A look at what the Modi administration needs to do:

To contact the editors responsible for this story: Ramsey Al-Rikabi at ralrikabi@bloomberg.net, Unni Krishnan, Abhay Singh