The world’s first 30-year bond offering a zero coupon saw weak demand after a global rally that has pushed yields across Europe into negative territory.

Germany sold only 824 million euros of bonds maturing in 2050 versus a target of 2 billion euros, with the Bundesbank retaining nearly two-thirds of the debt on offer. The nation’s bonds held onto earlier losses after the auction. 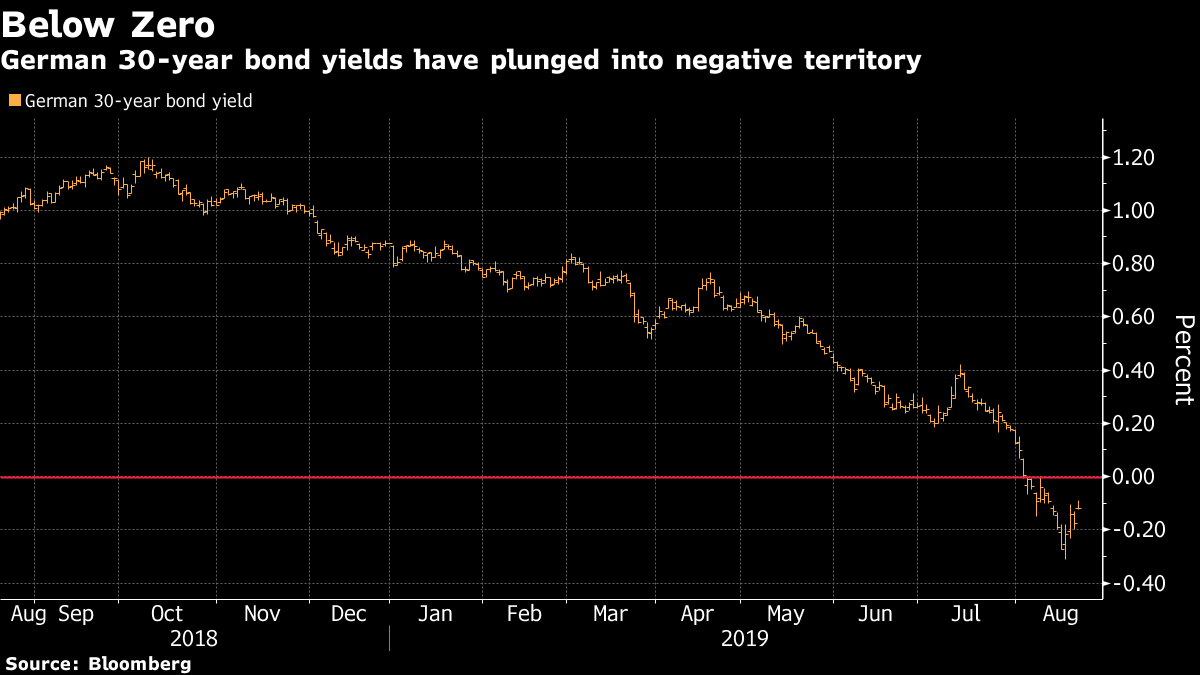 “It is technically a failed auction,” said Jens Peter Sorensen, chief analyst at Danske Bank AS. “I am not all worried about this -- as investors can always just buy in the future and do not need to participate in auctions.”

The whole of Germany’s yield curve is now below zero -- the first major market exhibiting such a trait -- meaning the government is effectively being paid to borrow out to 30 years. That’s a reflection of dwindling expectations for inflation and growth over the coming years, while the European Central Bank is widely forecast to introduce a new wave of monetary stimulus next month.

The auction sale was at a record-low average yield of -0.11 per cent. The bid-to-cover ratio was 1.05 times demand versus 1.07 times for the previous sale of similar maturity bonds on July 17, while the real subscription rate -- which accounts for retentions by the Bundesbank -- fell to 0.43 times against 0.86 times at the previous auction.

Commerzbank AG had expected demand to come from life insurers and macro investors before the sale.

--With assistance from James Hirai