The wealthy will 'shield themselves' from a wealth tax: Economist

The Walton family is shedding light on its stock picks, revealing it held almost US$5 billion in equities at the end of June through a little-known firm that helps invest its Walmart Inc. fortune.

That’s up from US$3.8 billion at the end of December, according to Securities and Exchange Commission filings from family investment company WIT LLC — an acronym for the Walton Investment Team — which began disclosing its holdings this year. Most of the money was invested in low-cost exchange-traded funds such as the Vanguard FTSE Emerging Markets and Short-Term Treasury ETFs, but the family also disclosed stakes in companies including Apollo Global Management Inc., Snowflake Inc. and China’s Pinduoduo Inc.

The Waltons are the world’s wealthiest family, worth US$238 billion, according to the Bloomberg Billionaires Index. About half that fortune is tied to the world’s largest retailer, the company founded by Sam Walton in 1950.

For years, the family kept its investments quiet, but that’s proving harder to do as they rake in billions by selling stock in Walmart. The family has sold about US$6.5 billion in Walmart stock since the start of 2020. 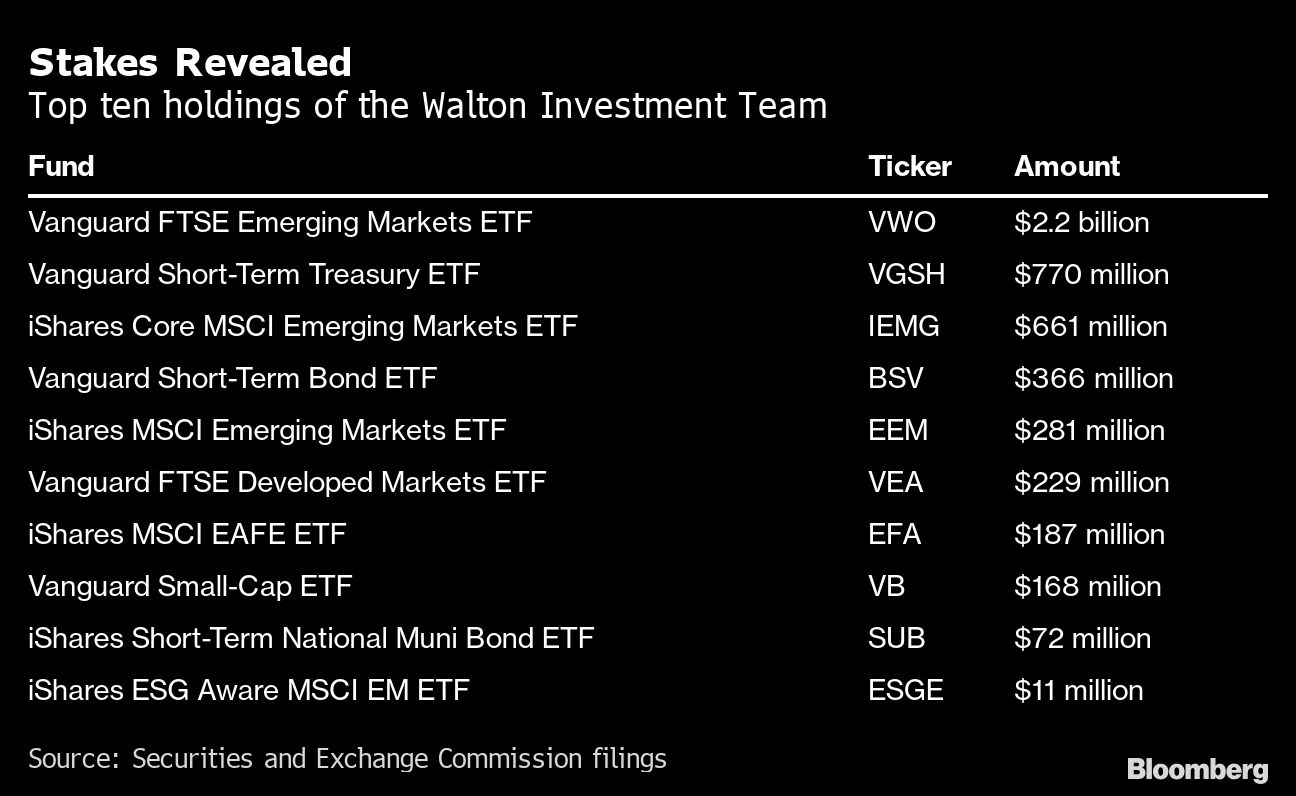 Their stake in the business is still extraordinarily large for a public company, but a spate of stock buybacks in recent years by the Bentonville, Arkansas, retailer has prompted them to sell shares to keep their ownership percentage stable. That in turn has flooded the family office and the Walton Family Foundation with cash and required ever more sophisticated investing machinery.

Members of the family have also increasingly shown more willingness to share information about their investments and philanthropic pursuits. Ben Walton owns Zoma Capital, which makes investments in areas such as energy and water.

A representative for Walton Enterprises — the Waltons’ primary family office — confirmed that WIT is an affiliate that invests on behalf of the family.

Dele Butler, senior counsel of investments at Walton Enterprises, is listed on the filings as WIT’s primary contact. According to her LinkedIn profile she “advises and supports the family’s growing investment and transaction activity.” Others at the company include Rupal Poltack, president, who joined in 2019 from Fidelity Investments.

WIT’s disclosures have gone largely unnoticed until now. The company started up in early 2020, state records show, several months before the Walton’s family office transferred US$48 billion to a separate trust established to divest the clan’s shares in the retail giant. 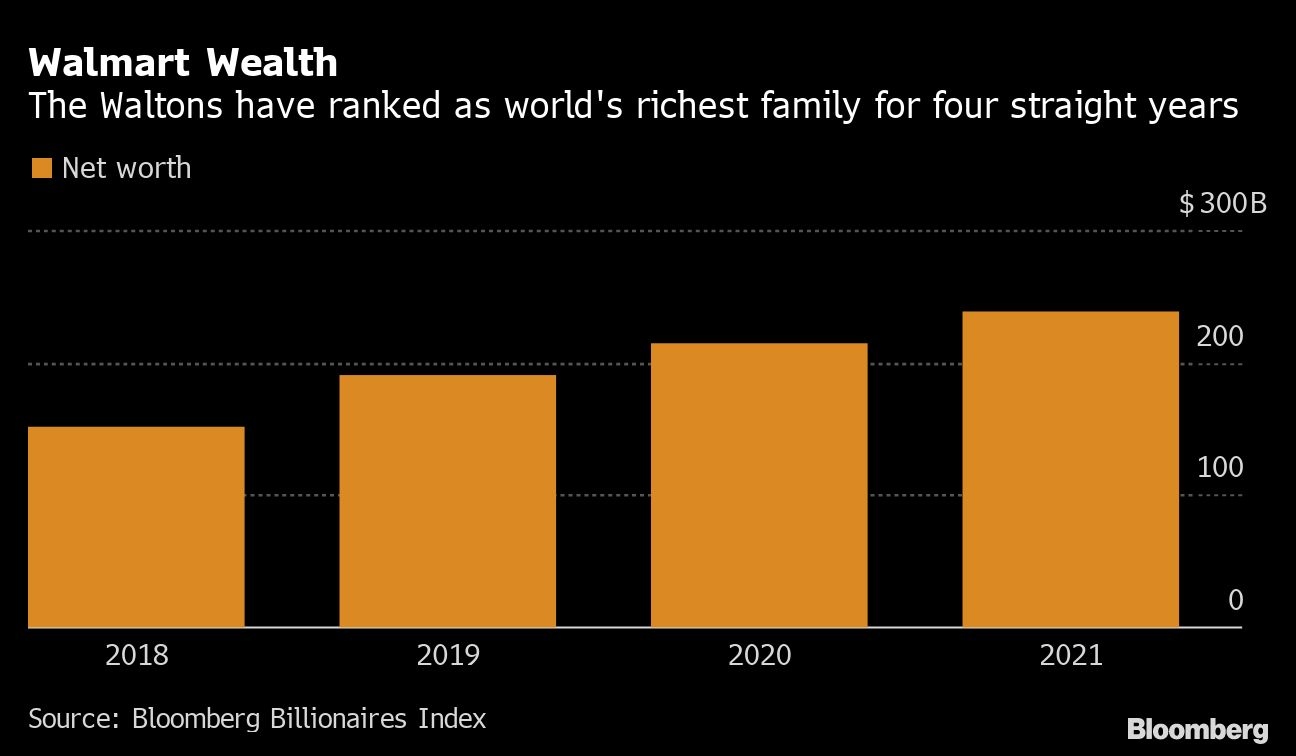 SEC rules require investors managing more than US$100 million in U.S. equities to disclose their holdings, though family offices can appeal to keep these documents confidential. Walton Enterprises has never filed a so-called 13F quarterly report under that name. Other high-profile family offices, including one for Renaissance Technologies’ founder James Simons, have started filing reports.

Family office disclosures have become a flashpoint in Washington following the collapse of Archegos Capital Management, a personal investment vehicle for Bill Hwang that controlled billions of dollars in stocks that were never reported through quarterly filings.