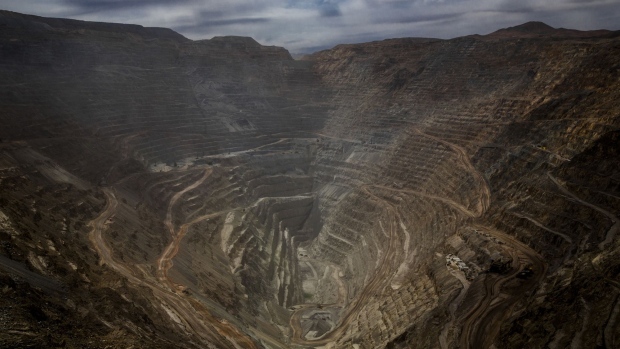 The state-owned producer has navigated pandemic restrictions in Chile better than some of its private-sector rivals this year, registering an almost tenfold jump in contributions to state coffers. That’s good news for a nation seeking funding for pandemic relief and policies to counter inequalities after mass protests in late 2019.

Codelco is also reaping the benefits of a multibillion-dollar overhaul of its aging deposits, bringing some relief to tight global supplies. Copper futures have headed back toward all-time highs in the past week or so as traders focus on the alleviation of virus-related constraints in key industries.

Codelco’s second-quarter sales jumped 79% to $5.36 billion, according to financial results released via the securities regulator. Pricier inputs and exchange rate fluctuations pushed up costs in the first half of the year.

The company reported a steeper-than-expected 7% production increase in the first half. While it didn’t give a quarterly breakdown, calculations using previously reported results show April-June output at 410,000 tons, also up 7%.

In the first half of the year, Codelco’s Hales, Teniente, Salvador and Radomiro Tomic mines all posted gains thanks to improved ore quality, offsetting declines at Chuquicamata and Gabriela Mistral. In project development, Codelco has reached 97% completion at an investment in Andina as it moves forward with other works at Teniente and Salvador.

Codelco also managed to navigate a slew of wage talks in Chile, although the company is facing the possibility of its first strike in the current cycle after workers at its Andina mine rejected the company’s final wage offer on Thursday.