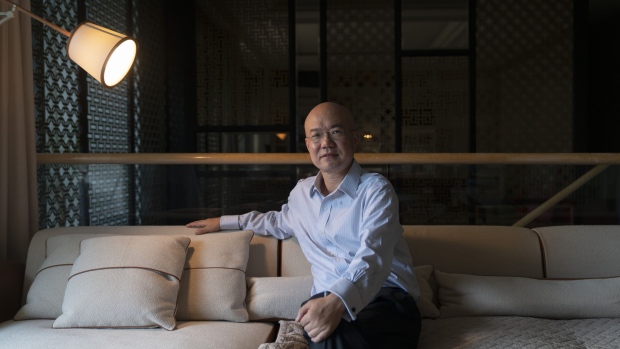 The Yale graduate would spend hours tracking down attractive users with suspicious profiles, sifting through accounts and deleting thousands of scammers to improve the site’s authenticity and ensure its success.

Now he’s betting that same attention to detail and strong returns will help turn his Singaporean firm into a wealth management giant. Between January and September, QQQ Capital Management posted gains of 275 per cent, making it the top hedge fund in the world, according to Eurekahedge data. QQQ says assets under management rose to about US$1 billion last month, with most of the money coming from Qian.

The gains have come with concentration risks that many fund managers would balk at: QQQ has more than a third of its assets invested in Chinese education companies. While those stocks had soared this year, they’ve been hit with concerns about regulatory crackdowns and allegations of accounting fraud, and one has plunged in recent weeks amid downgrades from analysts.

Qian’s experience with the Chinese education system runs deep. Born in 1972 - the same year U.S. President Richard Nixon visited China - Qian grew up amid the rapid economic growth that followed the Cultural Revolution. After graduating from North China University of Technology, he joined a teaching center, specializing in helping students prepare for universities abroad. Then he took the leap himself, earning an MBA from the Yale School of Management in 2000, where he now sits on its Greater China Board of Advisors.

After returning to China, Qian was coaxed back to the teaching center and made a co-founder as it expanded. It later became the New Oriental Education & Technology Group, a giant in the space with a market capitalization of almost US$26 billion on the New York Stock Exchange.

After leaving New Oriental, he helped build and sell mobile content provider Atop Century Ltd. and bought a substantial stake in online dating service Jiayuan.com. But as Beijing’s haze got worse and his children developed asthma, he moved to Singapore in 2013.

“I wanted to start an internet company in Singapore but it wasn’t feasible because you couldn’t find enough talented technology people,” he said. “So the only thing I could do was the financial industry.”

After five years running his own account, Qian, 48, turned professional in 2018 - seeding QQQ with US$100 million of his own money. That year the fund returned almost 40 per cent despite only running for three quarters. In 2019 it gained 31 per cent, outpacing the S&P 500 Index both years. The fund was granted an upgraded license by Singapore in August, removing a S$250 million (US$183 million) asset cap. 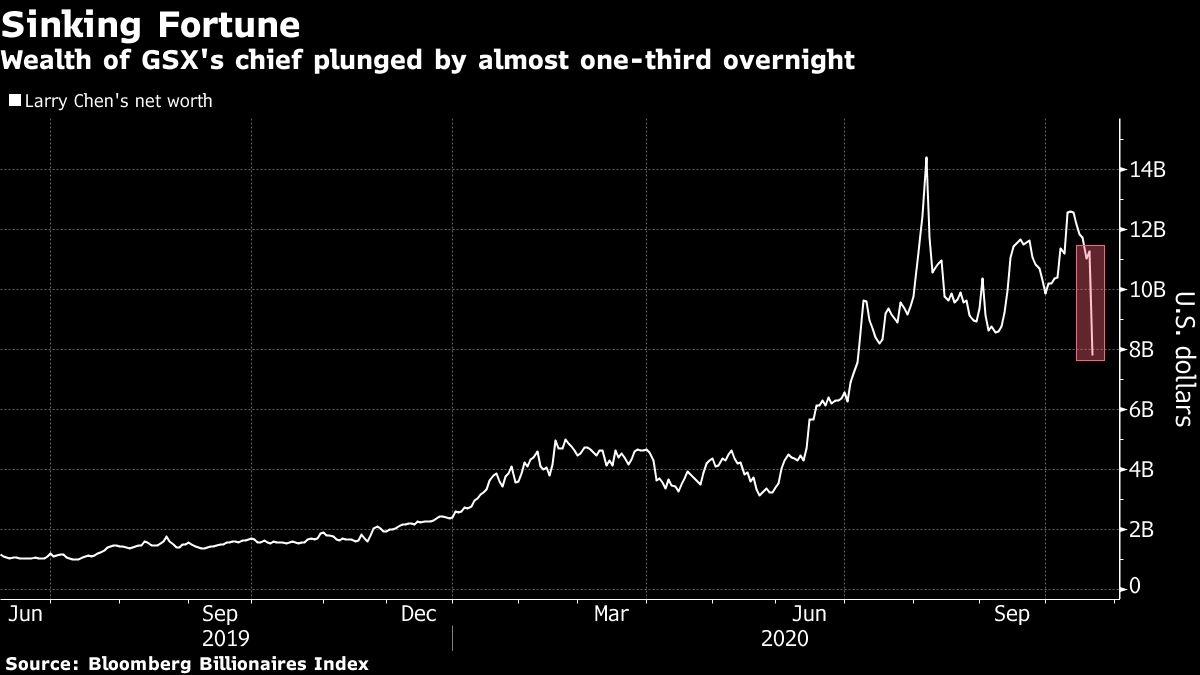 QQQ trades almost exclusively in U.S.-listed stocks, so Qian gets up at noon and eats before exercising around Singapore’s Botanic Gardens. The rest of the day is spent catching up with friends and family before starting work by 8 p.m., 90 minutes before the New York market opens. Over the next eight hours he lives online, absorbing news and company reports while trawling social media and trading stocks.

Like other hedge funds, his team of six people does plenty of alternative data analysis. They frequently trade Tesla Inc. shares, so it checks satellite pictures of car lots and shipping manifests. QQQ also has people attend after-school tutoring classes in China to gauge attendance, and buys calls and puts on the indexes to help hedge tail risk. Qian also taps his contacts and former students for their views on the businesses.

Qian says his edge is entrepreneurial experience from running companies, adding that every business QQQ bets on represents thousands of hours of research - giving it the confidence to make massive bets in selected areas. It currently has about 55% of assets in cash ahead of the U.S. election, betting that stimulus negotiations would fail and roil markets. The S&P 500 dropped in four of five sessions last week, hitting a five-week low.

The concentrated calls have paid off so far. Over the past year, New Oriental Education has risen 31 per cent, while GSX Techedu Inc. has soared almost fourfold and TAL Education Group is up 55 per cent.

“In large part the superior performance could be attributed to good stock selection in the edu-tech space,” said Eurekahedge head analyst Mohammad Hassan in an email, noting the fund has returned 444 per cent since June 2019. So far this year, the Eurekahedge Long Short Equities Hedge Fund Index is up 4.7 per cent

The bets come with plenty of risks. TAL in April admitted that an employee may have forged sales contracts. GSX announced last month it was being investigated by the U.S. Securities and Exchange Commission. Regulators demanded financial records dating to 2017 following reports by short sellers including Muddy Waters. When Credit Suisse Group AG -- one of the banks that took GSX public last year -- downgraded the company to sell on Oct. 21, the stock plunged 31 per cent. The recent declines could topple QQQ from the No. 1 spot among hedge funds.

“Under diversification can go both ways - if you’re right in your investment thesis you could potentially make a lot of money, but if you’re wrong there’s a big downside,” said Melvyn Teo, a finance professor at Singapore Management University. The concentration may also deter blue-chip investors from QQQ’s funds, as they tend to prefer more diversification, Teo added.

A QQQ spokesman said there had been a “small drawdown” recently but the fund’s positions were hedged and it was still doing well.

Qian declined to comment on claims against the education companies, though he said he trusts many of the key leaders and understands the fundamentals. QQQ is open with clients about the risks, at times declining money from investors that he feels can’t handle the potential losses.

“I haven’t given my team any targets for fundraising - we’re only two-and-a-half-years old and the track record is the most important thing,” he said.

Beyond that, he’s not afraid to set lofty goals: “We want to be the biggest wealth management firm in the world,” he said.