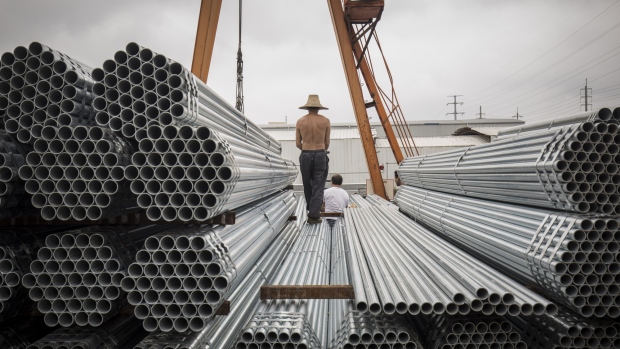 Workers prepare to lift bundles of steel pipe with a crane at a stockyard on the outskirts of Shanghai, China. Photgrapher: Qilai Shen/Bloomberg , Bloomberg

After two years of bumper profits, the steel industry is entering a slowdown.

ArcelorMittal, as well as smaller European producers like Salzgitter AG and Voestalpine AG, are sounding the alarm about weakening conditions, particularly in China. The country, which uses about half of the world’s steel, is now expected to see a drop in demand, the first contraction since 2015. Demand in the U.S. and Europe will grow at a slower pace this year, ArcelorMittal said.

“Whether the ultimate outcome is a bit more positive clearly depends on possible additional stimulus measures in China” and the potential for a trade truce with the U.S., said Commerzbank AG analyst Ingo Schachel.

The reports from steelmakers reinforce economic data pointing to a gloomy outlook for the global economy. Sentiment is being dented by the ongoing China and U.S. trade war, Brexit, as a well as manufacturing and sentiment indicators that point to waning demand.

Steel is often viewed as a barometer for global growth because it’s the backbone for much of the world’s construction and manufacturing. The industry is also facing a squeeze on profit margins as prices of iron ore surge in the aftermath of Vale SA’s dam collapse in Brazil. 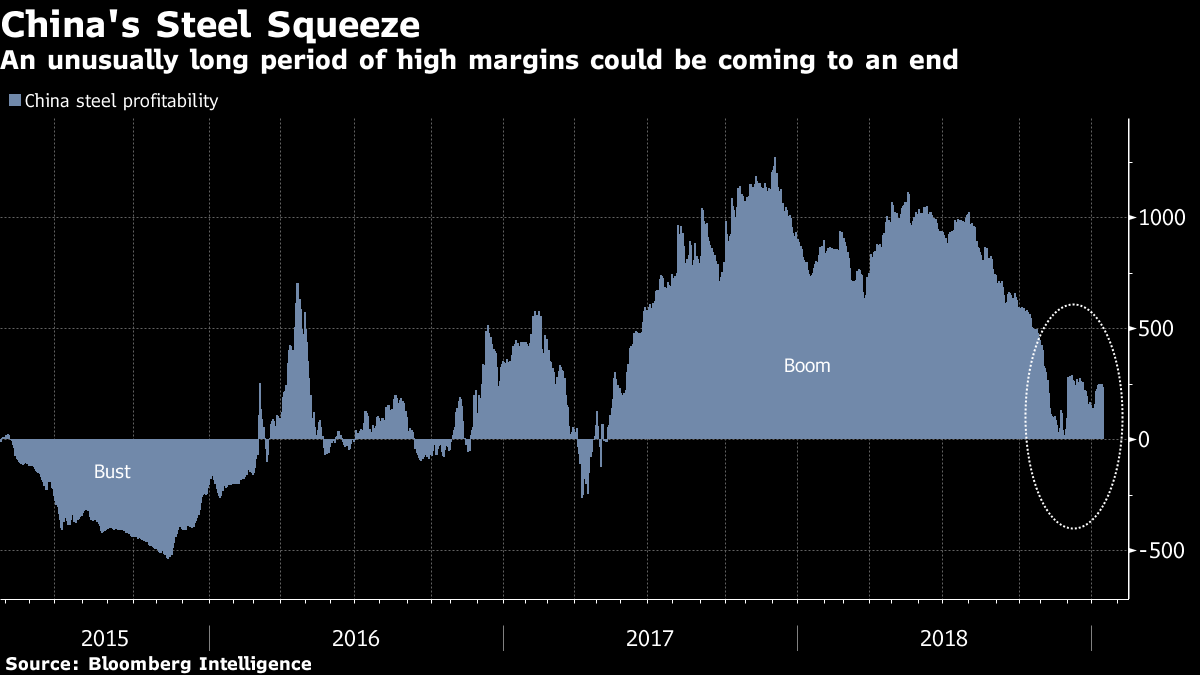 ArcelorMittal shares dropped as much as 3.4 per cent in Amsterdam on Thursday. The company’s fourth-quarter earnings missed analyst estimates.

Still, it’s not all bad news. ArcelorMittal reported record earnings, doubled its dividend and reduced its debt burden in the fourth quarter, a sign that the company is on stronger footing.

China’s steel demand is seen falling by 0.5 per cent to 1.5 per cent this year, compared with growth of 3.5 per cent in 2018. While global consumption will grow at a slower pace than last year, the outlook for the world excluding China is slightly stronger, driven by stabilization in Turkey, ArcelorMittal said.

China may increase exports because of weaker domestic demand, although neighboring Asian economies should be able to absorb the volumes, Chief Financial Officer Aditya Mittal said on a call. As a result, the company doesn’t expect a spillover effect for its sales in Europe and the U.S., he said.

Key Points From ArcelorMittal’s Earnings Fourth-quarter Ebitda was US$1.95 billion, missing the average estimate of US$2.01 billion. The company expects its steel shipments to increase this year, supported by operational improvements. Net debt edged lower to US$10.2 billion at year-end. Investors are watching the metric because the company has said it will pay out a percentage of cash flow after meeting a target for net borrowings of US$6 billion. For now, the company proposed doubling its base dividend to US$0.20 a share.