Abundant liquidity, soaring stock markets and accommodating tax policies have been favorable for growing dynastic wealth. The world’s 25 richest families are worth US$1.7 trillion, a 22 per cent increase from a year ago. 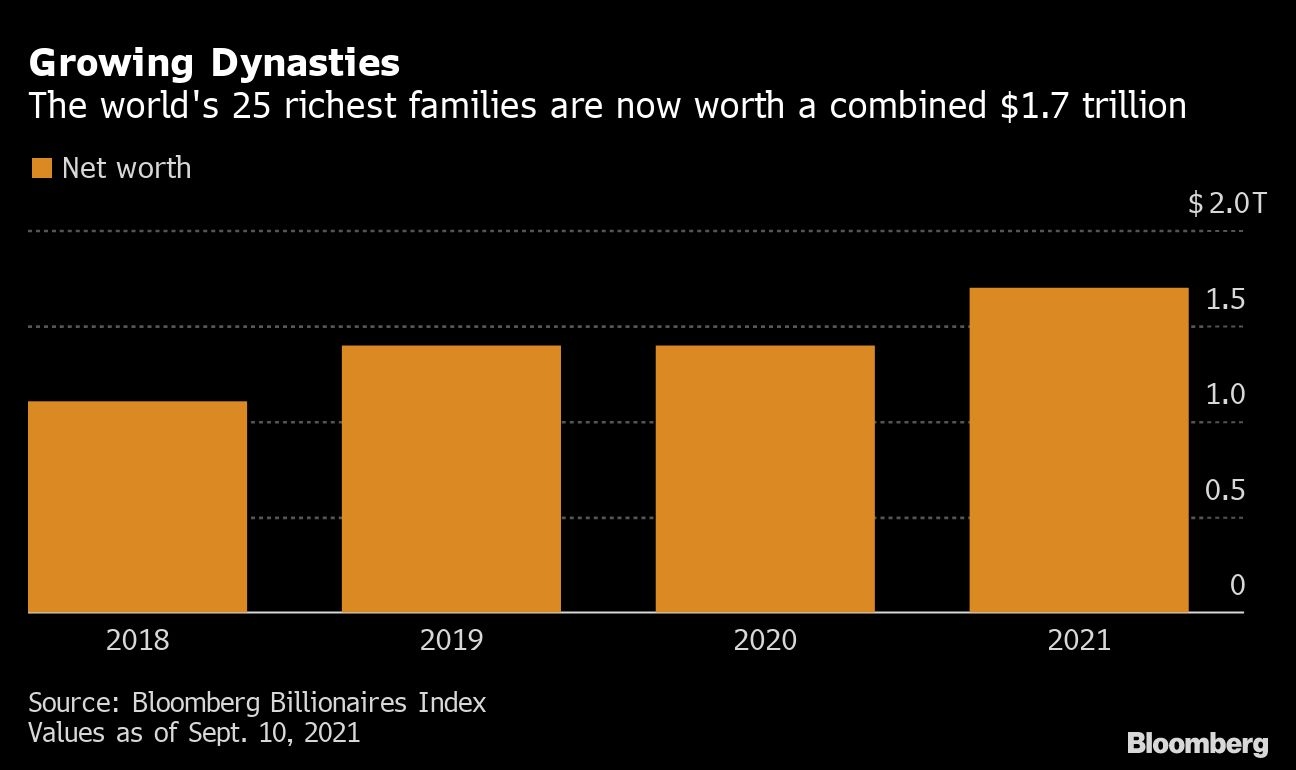