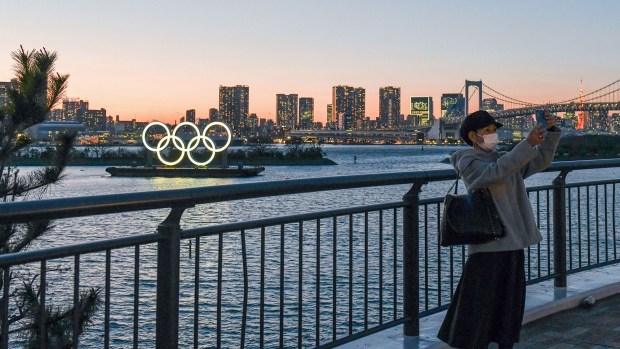 After days of arguing, Democrats and Republicans have agreed on a blockbuster $2 trillion in spending and tax breaks to buffer the U.S. economy against the coronavirus outbreak.

That's a much-needed win for President Donald Trump, whose electoral fortunes move in correlated fashion with the ups and downs of the stock market and U.S. economy.Keeping the U.S. economy off life support is also beneficial to the rest of the world. Alongside China, it’s the main engine of global growth.But the key question remains how to funnel much-needed aid to where it is required, and fast.Even as the numbers stack up with dizzying speed (including outside the U.S., with European leaders meeting tomorrow to sign off on more), small and medium-sized business owners remain confused and anxious about how to tap the assistance.We spoke with companies around the world and heard similar things (click here to read the story). They are grateful that governments want to help them via loans, direct payments and covering salaries. But some are hearing that money may only start coming in late April, when they need to pay staff next week. Others say the criteria on who qualifies for special loans is unclear and somewhat random.Take James Hart, director of IT support firm Purple Computing in the English city of Bristol. He spent seven hours waiting on the phone to apply for a business interruption loan, before eventually giving up. “I’ll be dreaming of the hold music tonight,” he says.

Just in: Russian President Vladimir Putin will make a statement to the nation today about the coronavirus, the Kremlin told reporters, after he canceled a planned trip to St. Petersburg.

Toning it down | Trump will stop saying “Chinese virus” amid signs the U.S. and China are seeking to cool a spat over the pandemic. The president said that while it’s generally known the virus emerged in China, his use of the term was provoked by a Chinese official suggesting that U.S. soldiers had spread it. Trump, who faces an election in November, has previously blamed China as the outbreak threatens to push the world into recession.

Parliament shutdown | British lawmakers are set to vote to close the House of Commons tonight instead of March 31, in the latest attempt to stifle the spread of the coronavirus. While Prime Minister Boris Johnson has put the country on lockdown he’s faced criticism for being too slow to act, with London's Underground trains and famous red buses still running and its parks packed with people.

Eastern upside | One region that may get some economic offset from the pandemic is Europe’s eastern bloc. As the virus wreaks havoc on supply chains and disrupts goods from China, Aaron Eglitis reports, some companies may turn to the region to secure back-up capacity. Its countries are on the doorstep of the continent’s more developed west, its workers generally highly skilled, and many nations are European Union members.

Call for normalcy | President Jair Bolsonaro, a strong Trump fan, is echoing his northern counterpart in urging Brazilians to return to work and lashing out at state governors who’ve ordered shops and schools closed. But the stance carries risks: During his nationally televised address, people banged pots and pans from windows in neighborhoods in key cities to protest his handling of the virus crisis.What to Watch

Tell us how we’re doing or what we’re missing at balancepower@bloomberg.net.And finally ... Becoming the first world leader to postpone the Olympic Games could’ve been a disaster for Japan’s Shinzo Abe, yet it might play to his advantage. The deferral means disappointed participants, increased costs and deprives Abe of a chance to showcase his efforts to overhaul Japan’s economy. But the decision also frees him to call an election when he sees fit — potentially as soon as this summer — with the ruling party's support holding steady and the opposition mired in disarray.