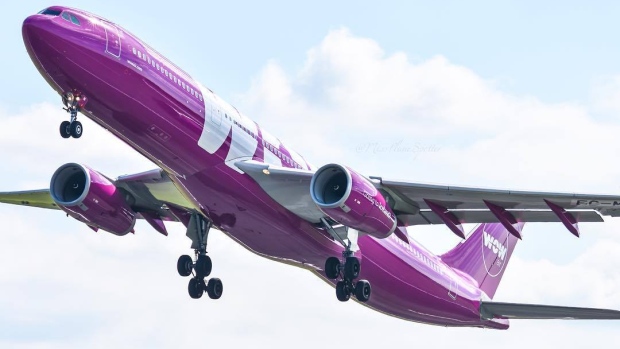 Vancouverites looking for low-cost flights to Iceland will soon have a new option when discount airline Wow Air adds a route out of the West Coast.

The announcement, which stacks more competition onto a crowded market, means passengers can soon fly out of Vancouver International Airport to Reykjavik, the island nation's capital, six days a week.

The airline says one-way fares start at $129 for flights beginning in June, and are available for purchase as of today.

Wow Air will now be battling bigger rival Icelandair for B.C. passengers, and is part of a broader trend of upstart budget carriers in Canada, including WestJet's Swoop -- the ultra-low-cost airline launched four months ago -- and Air Canada's Rouge.

The airline, which already operates out of Toronto and Montreal, recently announced it will end service to three cities in the U.S. Midwest: Cincinnati, Cleveland and St. Louis.

Wow Air says Reykjavik will also serve as a stopover for Canadian passengers en route to and from New Delhi, Tel Aviv and various European cities.