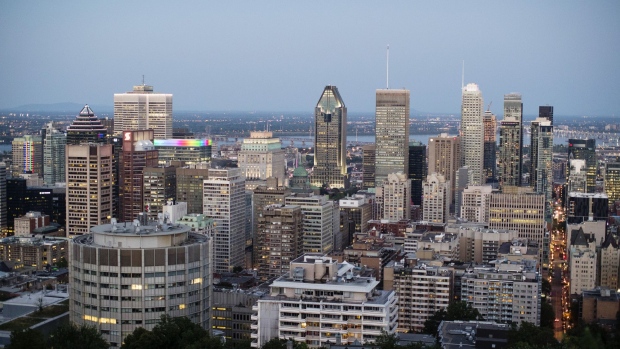 Commercial and residential buildings stand at dusk in the city skyline of Montreal, Quebec, Canada, on Saturday, Aug. 18, 2018. , Brent Lewin/Bloomberg

Canada’s WSP Global Inc. has approached rival engineering services firm Aecom about a possible deal, according to people familiar with the matter.

There’s no guarantee that the overture will lead to a transaction, said the people, who asked to not be identified because the matter isn’t public.

Aecom, which had been targeted by activist investor Starboard Value last year, agreed in October to sell its management services division to a group of private equity firms for $2.4 billion.

Aecom’s services include consulting, planning, architecture, engineering and construction management, according to its website.

While it has a growing backlog thanks to a steady stream of government and infrastructure contracts, profits have stagnated in recent years due to inefficiencies and construction contract losses, according to a Bloomberg Intelligence report in December.

WSP, another large design and engineering services player, has been expanding aggressively through deals. It closed an acquisition in December of Ecology and Environment Inc., a month after announcing that it had purchased Elton Consulting Group Pty Ltd.