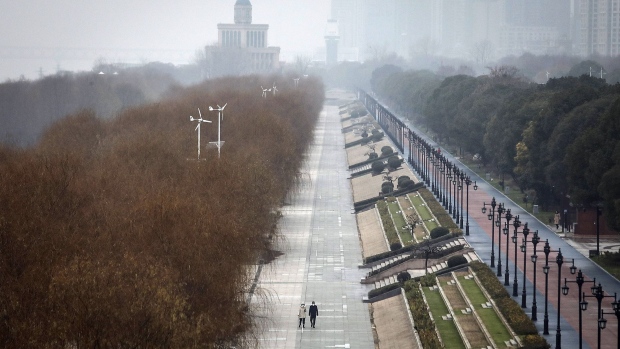 Wuhan authorities said they found no new cases of “silent spreaders” for the first time in nearly two months as the city’s aggressive push to test its entire population appears to have succeeded in breaking hidden chains of transmission.

Of the 60,000 people tested on Sunday, no cases of asymptomatic infections were found, said the Wuhan municipal health commission on Monday.

In an ambitious effort to guard against a resurgence of cases, Wuhan is testing its entire 11 million population for the virus and has found some 200 asymptomatic cases in the past two weeks.

The presence of infected people who show no outward signs of being sick but can nonetheless infect others has been an obstacle in worldwide efforts to contain the coronavirus, and a major reason why the pandemic spread so widely and quickly.

In countries where testing remains inadequate, there is no way to detect such carriers and isolate them before they infect others.

In identifying the city’s asymptomatic carriers, Wuhan’s testing blitz could allow the city where the virus first emerged to eradicate the pathogen from its population.

But its method is likely out of reach for other countries and even bigger Chinese cities as it requires a massive mobilization of resources and the full cooperation of residents.

Wuhan-dwellers were likely more willing to come forward for testing given the scars that the epidemic has left on the embattled city, which was sealed off for almost three months to contain the virus’s spread even as its local medical system nearly collapsed under the strain of the outbreak.

Many countries, from developing ones like India and Indonesia to western nations like the U.S. and U.K., are still struggling to provide tests for everyone with symptoms, not to mention those without.

The number has tapered down to single digits as testing came to an end, according to daily data released by the local health commission.

Despite having wrested its epidemic under control, China remains on high alert for sporadic infections which run the risk of a causing secondary outbreaks. A city in its northeastern province of Heilongjiang halted most of its train services last week after five asymptomatic cases were reported on a single day.

In nearby provinces Jilin and Liaoning, a cluster of over 40 infections caused authorities to levy lockdown measures over a region of 100 million people. How that cluster began remains a mystery.