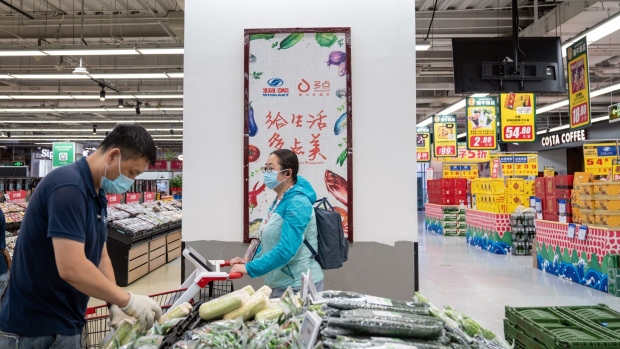 (Bloomberg) -- WM Tech Corp., controlled by founder and chairman Zhang Wenzhong, has shelved its Hong Kong initial public offering after letting the application lapse, according to people familiar with the situation, following queries from the city’s bourse.

The Beijing-based company behind the Wumart supermarket chain and Metro AG’s outlets in China is no longer actively pursuing a listing, the people said, asking not to be identified as the information is private.

The proposed IPO, which could have raised as much as $1 billion, was facing delays as Hong Kong Exchanges & Clearing Ltd. questioned the supermarket owner on its business operations, Bloomberg News reported in July.

The company has picked new advisers to work on the re-routed Hong Kong listing, which could take place as soon as next year, the people said. DMall had planned to make its market debut in the U.S. to raise about $500 million, but the offering came to a standstill in July, people familiar with the matter said at the time.

Dmall provides retail software and e-commerce digital services to WM Tech, according to the latter’s exchange filing. WM Tech is a significant contributor to Dmall’s revenue, it said.

Deliberations are ongoing and DMall could still decide against a Hong Kong first-time share sale, the people said. WM Tech could decide to revive its IPO plan, they said. A representative for WM Tech and DMall didn’t immediately respond to requests for comment.

Founded by Zhang in 1994, WM Tech has developed into one of the country’s biggest retailers with more than 426 Wumart stores and 97 Metro stores across China, according to the filing. Germany’s Metro agreed in 2019 to sell a majority stake in its Chinese business to Wumei Holdings Inc. for about 1.5 billion euros ($1.7 billion), completing the deal the following year.

WM Tech had annual revenue of 39.1 billion yuan ($6 billion) in 2020, while its net income for the same period was 717 million yuan, the filing shows.

Dmall has about 19 million monthly active users, and counts Tencent Holdings Ltd. and IDG Capital among its backers, its website shows.