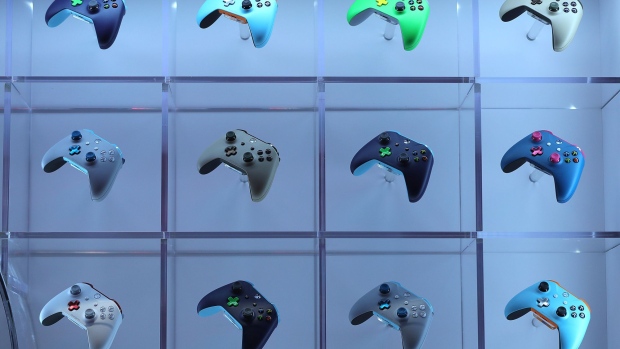 Microsoft Corp. will launch its cloud-based video game streaming service in Japan by June next year, expanding its investment into one of the world’s largest gaming arenas.

The streaming service’s debut there shows Microsoft’s commitment to what is the fastest-growing market for Game Pass subscriptions, said Xbox chief Phil Spencer in a video recorded for this year’s virtual Tokyo Games Show. The company has already started testing the technology for next year’s launch in Japan, said Xbox Asia business chief Jeremy Hinton in an interview, without adding further details.

Microsoft is also upgrading its support for Japanese creators, including the distribution of game development kits to more than 100 independent creators. Many of them will launch their games “first on Xbox,” Hinton said.

The Xbox team is in the midst of a shift from a console-centric business model to a play-anywhere style that involves consoles, PCs and mobile devices. Its streaming service, dubbed Project xCloud, is central to the effort and in 22 countries so far. In South Korea, Microsoft has roped in the nation’s largest wireless carrier SK Telecom Co. and global electronics giant Samsung Electronics Co. as partners. Wireless carriers in Japan may also be eager to collaborate as they look to develop the attractiveness of their faster 5G services. SoftBank Corp. already offers Nvidia Corp.’s GeForce cloud gaming service in the country.

Cloud gaming is an especially good fit for Japan, Hinton said, because many consumers play games just about anywhere and use multiple devices in different settings. xCloud for Japan was announced along with the upcoming next-generation Xbox Series X and the less powerful, budget-oriented Xbox Series S, both of which are launching on Nov. 10.

“Japanese consumers love games and they consume games more than any other nation on Earth per capita,” Hinton said.

Sony Corp.’s head of PlayStation Jim Ryan has been critical of the Xbox Series S, saying previous consoles that reduced power to meet a low price point failed to have “a happy history.” Hinton, in response, said the Series S -- along with the beefier X, PCs and smartphones -- is just one part of a broad range of options for all gamers.

“We firmly believe in customer choice,” Hinton said. “It’s up to consumers to choose their right devices, and we want to create an entry point for every player.”

In spite of its sizable presence in the U.S., the Xbox has struggled in Japan, leading some fans to wonder if Microsoft might one day exit the market altogether. According to Japanese video game researcher Famitsu, Microsoft has sold 114,363 Xbox One units in Japan, less than a tenth of the previous generation Xbox 360’s roughly 1.6 million units. By comparison, Sony has sold about nine million units of the PlayStation 4 and Nintendo Co. has sold more than 15 million Switch units in Japan.

The Xbox One underwhelmed in Japan for a variety of reasons, according to Hideki Yasuda, an analyst for Ace Research Institute. It arrived almost a year after its launch in the U.S., had a housing that was too bulky for the typical Japanese living room and lacked the charming characters that have made Nintendo-made games like Animal Crossing: New Horizons major hits.

Spencer said in the video that his company “learned from the past” and Hinton added that the Series S, the smallest Xbox ever, “is a version of the console that should do quite well in Japan.”