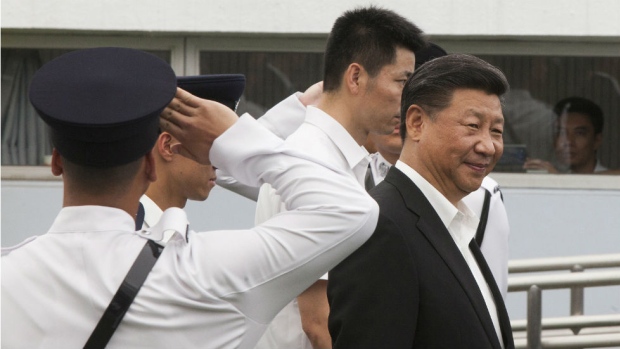 HONG KONG — Hong Kong's private home prices hit a record high in May, according to government data released on Friday, just as Chinese President Xi Jinping praised the local government for "making progress" on its work on housing.

Hong Kong's private home prices rose 1.2 per cent in May from April, according to an index compiled by the Rating and Valuation Department. They rose more than 20 per cent from May 2016.

The monthly index has been rising for 14 consecutive months, breaking historic records every month since November last year.

Xi is in Hong Kong from Thursday to Saturday to mark the 20th anniversary of its handover from British to Chinese rule and to oversee the swearing-in of the city's first female leader, Carrie Lam, on Saturday.

"You've made progress in land and housing, helping the old and the poor, and technology and innovation," Xi told dozens of Hong Kong's senior officials on Thursday evening, in comments carried by local television.

Making housing more affordable in the Asian financial hub, one of the most expensive property markets in the world, will be among Lam's top priorities when she begins her five-year term.

Income inequality is at its highest level in over four decades in Hong Kong, stoking discontent in the city that has been rocked by large-scale protests in recent years over calls for more affordable housing and full democracy.