President Xi Jinping is accelerating his push for a China that can stand on its own feet as mounting pressure at home and abroad exposes the vulnerability of Beijing’s economic model.

In a series of remarks over the past few weeks he’s touted the so-called “dual circulation” development model, in which a more self-reliant domestic economy serves as the main growth driver supplemented by certain foreign technologies and investment. Following a Politburo meeting Thursday, Xi said China should speed up this approach in the face of an economic situation that “remains complicated and challenging with unstable and uncertain factors.”

Within China a big concern is unemployment, as growth continues to be sluggish due to weak consumer spending and lackluster private-sector investment. At the same time, Western governments are becoming more vocal in calling out Chinese behaviour everywhere from Hong Kong to Xinjiang to the South China Sea, while urging their companies to find alternative supply chains and cut off the likes of Huawei Technologies Co.

For Xi, the strategy is to effectively reduce reliance on the West just as other nations seek to become less dependent on China for economic growth. While the world’s biggest economies still need each other for the moment, rising U.S.-China tension fuelled by the pandemic looks set to persist even if President Donald Trump loses an election in November, as both major American political parties increasingly see Beijing as an ideological threat.

“China’s leadership doesn’t want to leave an impression that the country would just close its doors in the face of external challenges,” said Wang Huiyao, an adviser to China’s cabinet and founder of the Center for China and Globalization. “However, if the U.S. initiates a hard decoupling, such efforts could help boost China’s immunity from possible fallout.”

Xi has been out front driving the point home over the past month. In a letter to global chief executives in mid-July, he urged them to stay in China and pledged to improve the business climate. A week later he called on foreign and domestic companies to step up innovation and help stabilize employment, telling them to fully tap the potential of China’s market.

“The world today is undergoing major changes unseen in a century, and the internal conditions and external environment of our country’s development are undergoing profound and complex changes,” Xi said during an “inspection” visit to the northeastern province of Jilin last week.

A subtle but important policy shift is underway in China. The government has highlighted ‘dual circulation’ in recent policy statements — a reference to the domestic economy and external trade. This suggests an official shift away from an export-led growth model toward a sharper focus on building an economy with stronger domestic drivers.

“China’s self-reliance history goes back to well before Trump,” said Jude Blanchette, Freeman Chair in China Studies at the Center for Strategic and International Studies in Washington. “There’s greater urgency now that the U.S. not only controls the choke points, but has shown they are prepared to exert pressure on them, as we have seen with Huawei and ZTE.”

China’s better-than-expected recovery in the second quarter demonstrated the kind of domestic resilience that the country’s leaders hoped will get its economy back on track. But that performance was bolstered by a splurge in government-led investment, a range of administrative orders aimed at spurring credit expansion and small exporters adaptive to the shifting global demand of protective gear.

The worrying figure remains weak consumption, which has raised concerns about the sustainability of the recovery. The country’s income distribution has worsened of late, with groups at the lower end of the income ladder seeing wages falling while millions of others who lost their jobs don’t show up as unemployed in the official data.

China also has a long way to go to master the core technologies it desperately needs for its development, from semiconductors and aircraft to new energy vehicles and artificial intelligence, despite a range of official programs from “Made in China 2025” to a push to build out 5G infrastructure.

Some experts say it could take more than a decade to catch the U.S. in terms of manufacturing computer chips, particularly after the Trump administration tightened supplies. Beijing is widely expected to miss a goal of domestic suppliers meeting around 70 per cent of chip needs by 2025. That compares with about 16 per cent now, according IC Insights, Inc., a semiconductor market research company headquartered in Scottsdale, Arizona.

Set Up to Fail

“I’m not sure why they set such aggressive targets, other than to try and encourage the industry to work harder,” said Stewart Randall, head of electronics at consultancy Intralink in Shanghai. “It feels like setting oneself up to fail.”

One sign of the inward shift was the exclusion of any mention of Xi’s Belt and Road Initiative — a major “turn outward” policy since 2013 — following Thursday’s Politburo meeting. That indicates a “clear digression from the previous national strategy,” Nomura’s Chief China Economist Lu Ting wrote in a research note Friday, adding that it likely stemmed from the wider U.S.-China clash. “A retreat might make sense for China, as it needs to adjust its role in the global arena,” he wrote. 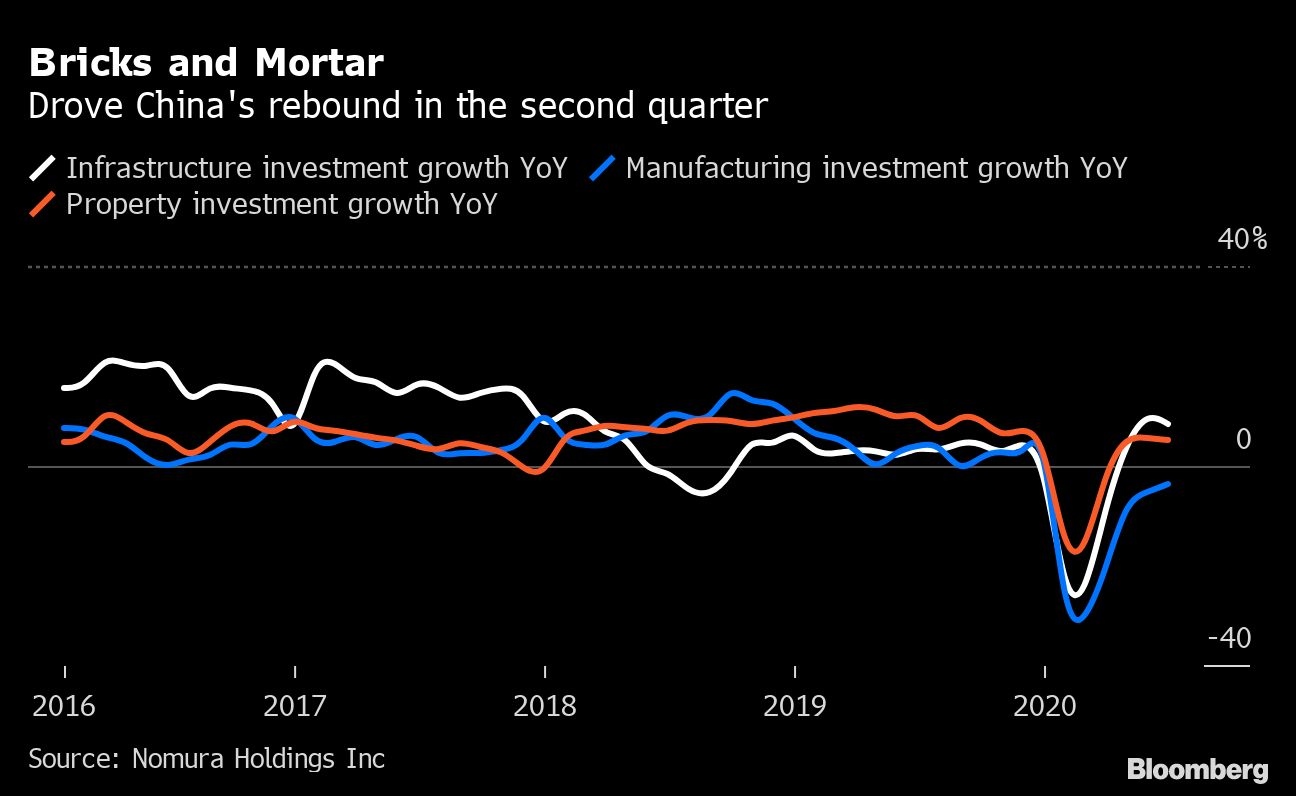 Building a more self-reliant economy could also pay dividends over the long haul for the Communist Party, which faces pressure both to deliver economic gains to the country’s 1.4 billion people and to prevent them from pushing for any Western ideas of democracy that could threaten its rule.

“This whole onshoring is just a reflection of a withdrawal that might be politically needed in order to keep Xi or the party in power,” said Joerg Wuttke, president of the European Union Chamber of Commerce in China, who in the past has participated in discussions with senior government officials on economic policy.

Still, he said, Beijing’s leaders may struggle to pull it off: “Does China realize how difficult it is to make up the technology on which they built their success stories, and that it’s them against the world? Are they willing to pay the economic price?”