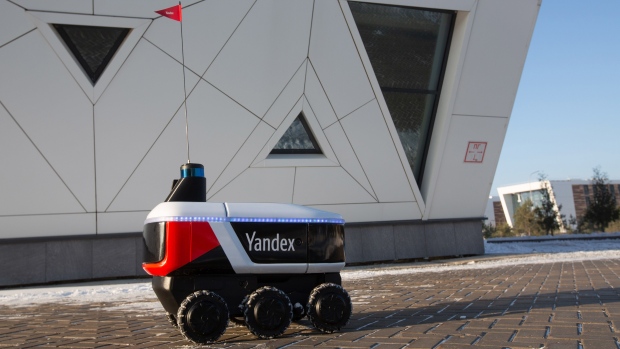 Yandex NV’s self-driving unit has introduced a pilot program that allows people to select robot delivery from 27 post offices around Moscow, the company said in a statement Monday.

Yandex already has 50 suitcase-sized robots delivering food for GrubHub at Ohio State University, and also operates fleets at a handful of locations in Russia. In August, it announced it was buying out Uber Technologies Inc.’s share in their self-driving venture.

Russia is the largest country in the world and the use of robots or drones could be a cost-effective way to offer services in remote or sparsely populated areas. The state-run postal service has experimented with drone delivery in the past, including a 2018 effort that ended with a crash at the launch ceremony.

Britain’s Royal Mail Plc has used a drone to deliver to a Scottish isle, while Japan Post Holdings Co. is testing use of drones and expects to them to start delivering mail and packages in 2023.