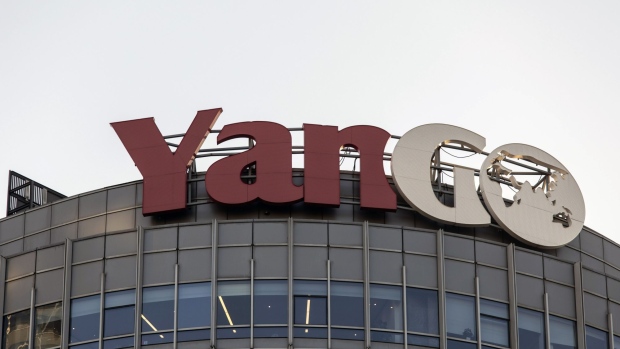 (Bloomberg) -- Troubled Chinese developer Yango Group Co. received a reprieve after its parent company got bondholders’ approval to delay payment of a local bond due next week.

Holders of the 400 million yuan ($63 million) bond issued by Fujian Yango Group, parent of Yango Group, on Friday supported a proposal to extend principal payment of the debt due Dec. 7 by a year, according to a filing on the Shanghai Clearing House. The agreement, reached at a second meeting with bondholders, came after negotiations failed earlier this week.

China’s stressed developers face almost $1.3 billion of bond payments in December, after a month in which investor sentiment toward the property sector showed signs of stabilizing despite fresh indications of liquidity pressure.

Yango Group became the latest company to try avoid default through extending bonds earlier this month. It recently succeeded in changing repayment deadlines for some onshore debt and offshore bonds, as developers seek to extend due dates amid the sector’s liquidity crunch.