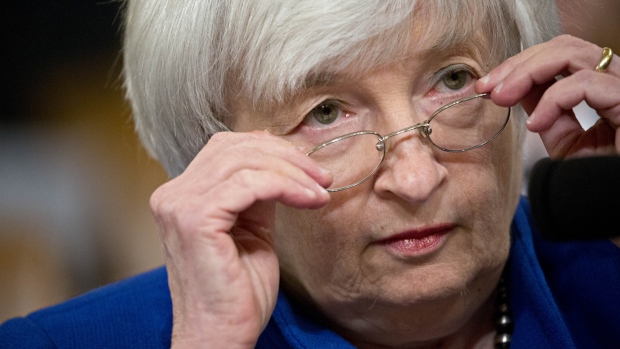 Former Federal Reserve Chair Janet Yellen said depending on how widely the coronavirus spreads, the economic impact could have a significant impact on Europe and veer the U.S. toward a recession.

“We could see a significant impact on Europe, which has been weak to start with, and it’s just conceivable that it could throw the United States into a recession,” Yellen said Wednesday at an event in Michigan. “If it doesn’t hit in a substantial way in the United States, that’s less likely. We had a pretty solid outlook before this happened -- and there is some risk, but basically I think the U.S. outlook looks pretty good.”

The global economy was weak but starting to recover before the virus hit, Yellen said. The shutdown of factories due to the outbreak in China will impact supply chains and cause a drop in consumer spending as people have been quarantined or cease traveling.

Yellen, who spoke about the economy at an event held by the Brookings Institution in Clinton Township, Michigan, also commented on the decline in the 10-year Treasury yield this week to historic lows. Yields have plunged as fears about the spreading coronavirus have rocked global financial markets.

“Market participants will look to the Fed to provide some support,” Yellen said. “In most developed countries, interest rates are really low -- and they are very low in the United States, but higher than they are in most other developed economies. And the Fed does have some scope -- it’s not a cure-all. But it will provide a little bit of support to consumer spending and to the U.S. economy and for financial markets. And, of course, if it becomes very serious, fiscal policy could play a more active role too.”