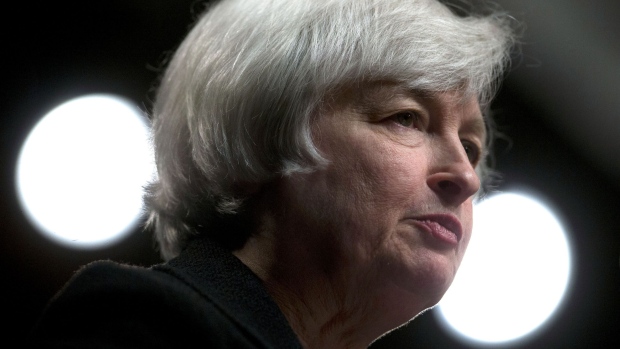 (Bloomberg) -- Treasury Secretary Janet Yellen said that the market appetite for 100-year U.S. government bonds would likely be tiny, while stopping short of ruling out consideration of such a security.

“Issuing longer-term securities certainly seems to make some sense” and is something that the agency “could look at again,” Yellen said in response to a question during a New York Times event on Monday. But “the market for that is very tiny,” she said of a 100-year security. The Treasury’s longest-dated offering currently is the 30-year bond.

Under her predecessors, the Treasury Department studied the potential for ultra-long bonds multiple times, but ultimately Wall Street waved the agency away from moving beyond 30-year Treasuries. However, with interest rates still low and the U.S.’s debt pile rapidly increasing thanks to Covid-19 spending -- and never having fully recovered from the global financial crisis -- advocates are pressing for a fresh look.