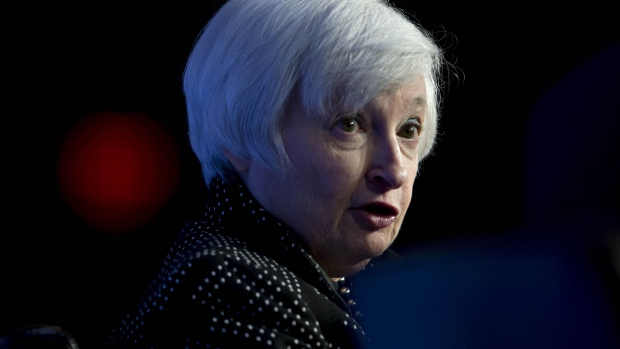 (Bloomberg) -- Treasury Secretary Janet Yellen said she was not predicting or recommending interest-rate increases when remarking earlier about the impact of fiscal spending on the U.S. economy.

Earlier on Tuesday Yellen caused a set of hiccups in financial markets when she said the Biden administration’s spending measures will likely provoke a rise in interest rates.

“It’s not something I’m predicting or recommending,” Yellen said during an online event hosted by the Wall Street Journal. “If anyone appreciates the independence of the Federal Reserve I think that person is me.”

Yellen, herself a former Fed chair, said she didn’t anticipate a bout of persistently higher inflation -- but that if one occurred the central bank has the tools to deal with it.

“The Fed can be counted on to do whatever is necessary to achieve their dual mandate objectives,” she said.