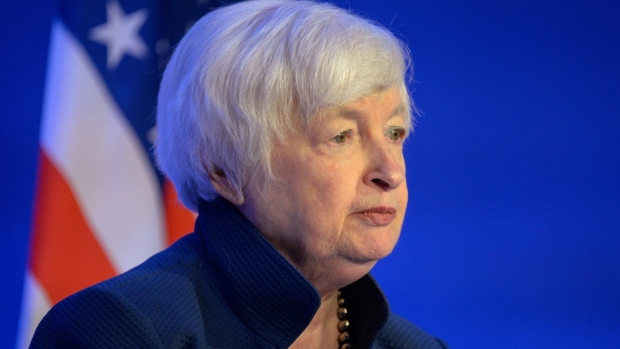 (Bloomberg) -- Treasury Secretary Janet Yellen said President Xi Jinping’s consolidation of power in China had brought uncertainty over the direction of economic policy in that country, making it important to re-open the lines of communication between Washington and Beijing.

Yellen is expected to attend the first face-to-face meeting between US President Joe Biden and Xi on Monday. They are due to speak on the sidelines of the Group of 20 leaders summit that begins Tuesday in Bali, Indonesia.

The gathering comes just weeks after Xi consolidated his grip on power in Beijing at an October Communist Party congress. Figures that have overseen some of the most turbulent periods in China’s recent financial history like economy czar Liu He and Premier Li Keqiang are exiting Xi’s inner circle, replaced by officials seen as personally loyal to the president.

“You have a generation of people who were rather pro-market and interested in fostering China’s integration with the global economy who are retiring, and I personally don’t know that much about the new generation of people who are going to be in these positions,” Yellen told Bloomberg News in an interview as she traveled to Bali. “So, I’m uncertain about exactly what lies ahead.”

Yellen had dealt a number of times with Liu via videophone. In Bali, she’s also scheduled to meet with Yi Gang, the head of China’s central bank to discuss the macroeconomic outlook in China and other topics, a Treasury official said Friday. But Yi might also step down early next year after he exited the party’s elite Central Committee at the congress in October.

Amid the turnover, Yellen said she still hoped she might establish new contacts during the trip that could shed light on government policy and China’s economic picture.

“What I’m focused on is opening up lines of communication,” she said. “As the two biggest economies, we have a responsibility to make sure our macro-economic management is good for the global economy, that we understand developments in other countries, and we really want to establish that set of contacts.”