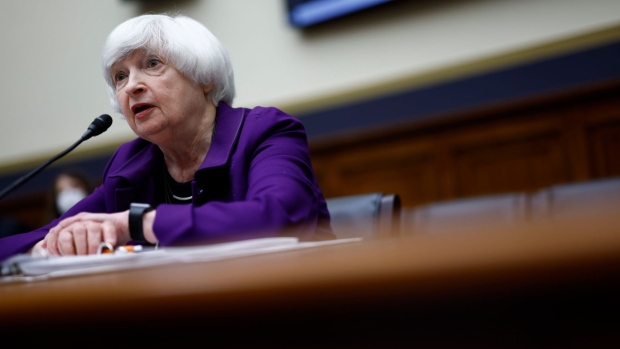 (Bloomberg) -- Treasury Secretary Janet Yellen hailed the work done by women in her department as she unveiled the first US banknotes bearing the signature of a female secretary.

“Women represent around 62% of the Treasury workforce, and women are in positions of power across our department,” Yellen said Thursday at a Bureau of Engraving and Printing facility in Fort Worth, Texas. “Today is not about me or a new signature on our currency. It’s about our collective work to create a stronger and more inclusive economy.”

The new $1 and $5 bills being printed in Ft. Worth are also the first carrying the signature of a Native American woman — US Treasurer Lynn Malerba. The banknotes will be delivered to the Federal Reserve in December and enter into circulation in January, a Treasury spokesperson said.

Read more: Yellen Vows to Colbert Her Signature on Currency Will Be Legible

The Fort Worth facility is one of two that print US banknotes; the other is in Washington.