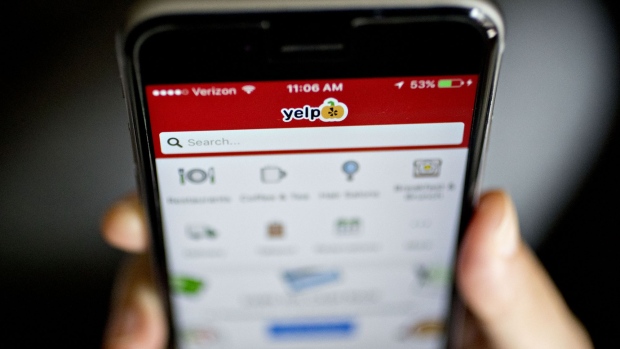 Desarae Mueller-Fichepain, who has been running French-cuisine restaurant Le Voltaire in Omaha, Nebraska, for almost 20 years, said the feature, while well-meaning, could hurt the people it’s intending to help.

“It would be great if a racist restaurant is flagged,” said Mueller-Fichepain, who’s also a business program director at Creighton University. “But I don’t know if Yelp should be the judge and jury.”

Yelp, the site for customer reviews on restaurants, entertainment and stores, introduced the new alert, “Business Accused of Racist Behavior Alert,” in early October to flag places where there is what the platform calls “resounding evidence” of egregious racist actions, including slurs and symbols.

So far this type of tagging has been extremely rare, the company said by email. The new alert is an escalation of Yelp’s “Public Attention Alert,” introduced in response to the Black Lives Matter movement. The latest tag only applies when reports of racism, such as in reviews or on social media, are backed by articles from credible outlets describing the incident, Yelp said in an Oct. 8 blog post.

Yelp’s move carries risks, according to Ayman El Tarabishy, president of the International Council for Small Business, an advocacy group.

“It is a very delicate and dangerous precedent,” said Tarabishy, who is also deputy chairman of the department of management at the George Washington University School of Business. “We don’t support this. There are more ways of addressing racism.”

If a business takes a “public corrective action,” such as the termination of an offending employee, it won’t warrant the new alert, Yelp said by email, adding the platform has no plans on making the list of businesses flagged public.

“We have maintained around-the-clock support over the last few months to ensure that we’re maintaining the trust and safety of our users and business owners,” Yelp said in its blog post.

Corporations across the country have faced a reckoning over race following the death of George Floyd at the hands of the police and the protests for social justice that ensued, pledging to increase training, set hiring targets, and fund diversity advocacy groups. Twitter Inc. and Facebook Inc. are blocking or marking content they consider to be hate speech or misleading.

Most concerns about Yelp’s new alert revolve around the company’s interpretation of racist conduct.

“Yelp is responding to the cultural and political climate, but it has terrible negative unintended consequences,” said Evan Nierman, founder of Red Banyan, a crisis-management agency. “All it takes is one misunderstanding and businesses can be damaged forever.”

For some, the feature is a welcome addition. Elliott Noble-Holt, chief executive officer of health-information management company MediCopy Services, Inc., said this a great way to hold companies accountable.

“Businesses have ‘mission statements’ and ‘core values’ but rarely live them on a day-to-day basis,” Noble-Holt said.