Stocks slumped and bonds rallied as intensifying concern over the impact of the deadly coronavirus rattled global markets.

The Dow Jones Industrial Average erased its advance for the year, the S&P 500 Index slid the most in almost four months, with tech and energy companies leading losses. The Philadelphia Semiconductor Index tumbled 3.5%. China-exposed U.S. names Wynn Resorts Ltd. and Nvidia Corp. plunged more than 4.5 per cent and airlines sank. European shares fell as much as 2.4 per cent.

The flight to safety, which comes ahead of this week’s Federal Reserve meeting, saw volumes in Treasury futures jump to double their regular levels in Asia. The yield on 10-year U.S. bonds dropped to the lowest since October. Similar-maturity German securities extended their advance to the longest in almost six months. The Swiss franc, the Japanese yen and gold paced gains in haven assets. Oil slipped to a more than three-month low. Base metals and bulk commodities -- which are closely aligned to China’s industrial activity -- also got hurt, with copper and iron ore tumbling.

Fears that China has failed to contain the pneumonia-like virus -- which has killed at least 80 people and infected more than 2,700 -- is spurring caution at the start of a week jam-packed with earnings. And such is the nervousness over the severity of the disease that money markets brought forward bets for a U.S. Fed interest-rate cut by a month to November.

“This is now a sell first, ask questions later situation,” said Alec Young, managing director of global markets research at FTSE Russell. “Markets hate uncertainty, and the coronavirus is the ultimate uncertainty -- no one knows how badly it will impact the global economy. China is the biggest driver of global growth, so this couldn’t have started in a worse place.”

As global stocks sell off, JPMorgan Chase & Co. strategists say this actually could end up a buying opportunity. They retained a constructive view on world equities, adding that in the past, the more stocks have fallen on similar fears, the more they have rebounded later. Both the S&P 500 and MSCI All-Country World Index surged to records this month as 2020 started on a jubilant note amid optimism over the U.S.-China trade deal.

“We thought the markets were overdue for a pullback,” Lori Calvasina, head of U.S. equity strategy at RBC Capital Markets, told Bloomberg TV. “Valuations are extremely stretched right now and positioning is extremely euphoric. We’ve said that if the right catalyst came along, markets would be ripe for a pullback.”

Here are some events to watch out for this week: 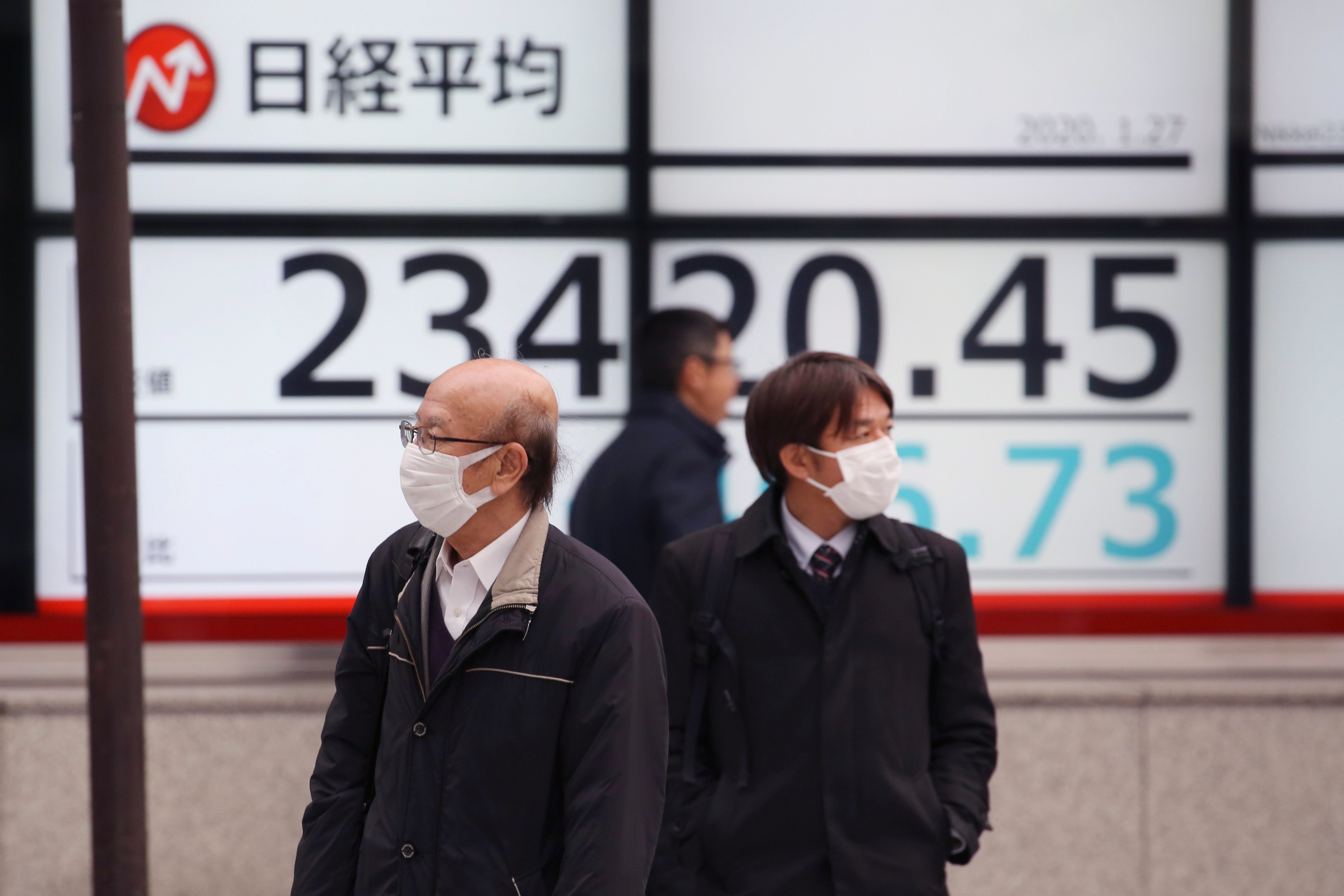 Do you think fears in the market about coronavirus are justified?