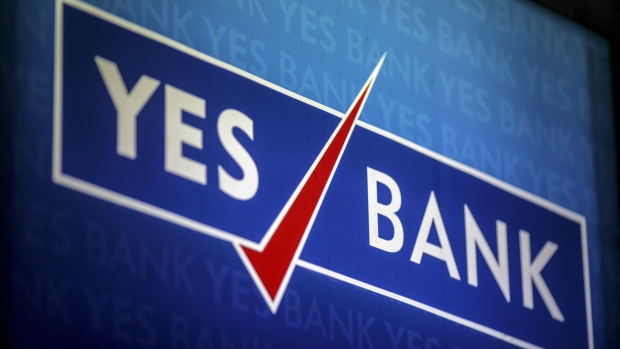 (Bloomberg) -- Almost a week after embattled Yes Bank Ltd. unveiled details of its plans to raise $2 billion in capital, shareholders remain unconvinced that a deal will take place.

Shares of the Mumbai-based lender have fallen about 10% since it announced the names of the investors for its proposed preferential issue. Doubts over key foreign bidders have triggered concerns that the Reserve Bank of India might not allow them to take ownership of the bad-debt laden bank.

“The biggest worry is whether Yes Bank will get the RBI’s approval for the huge stake dilution with investors who are not institutional and have questions on their credibility,” said Jaikishan Parmar, analyst at Angel Broking.

Such concerns follow reports of lawsuits involving Erwin Singh Braich, a Canadian entrepreneur who alongside SPGP Holdings has committed $1.2 billion to the capital increase. A rejection by the RBI would add pressure on core equity capital at the country’s fourth-largest lender, which at 8.7% is barely above the 8% minimum regulatory norm.

Yes Bank rose 3.2% at 11:39 a.m. in Mumbai, paring this week’s decline which earlier reached 17%. The stock has tumbled about 66% this year amid deepening concerns over the bank’s exposure to the troubled shadow-financing sector and other corporate borrowers.

“We expect the pressure on Yes Bank to continue as names of investors are unfavorable and there is no precedent of the central bank allowing an individual investor to take a large stake in a bank,” said Ravikant Anand Bhat, a Mumbai-based analyst at Indianivesh Securities Ltd. “The stock is likely to decline further until the regulator gives its decision.”