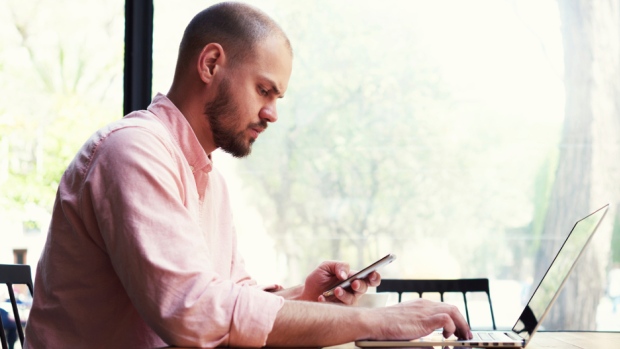 The work-life balance in European countries seems the stuff of dreams to many Canadians.

France has a 35-hour work week and recently gave employees the right to disconnect from email after they leave the office.

While Prime Minister Justin Trudeau managed to sneak a day off during a recent work trip abroad to celebrate his wedding anniversary, that kind of flexibility isn't afforded to most working Canadians despite work-life balance being a hot topic for years.

And many Scandinavian companies have implemented a system of flexible hours and working from home as management encourages employees to craft schedules that fit their personal needs.

The Organization for Economic Co-operation and Development has found that average the Canadian works 1,704 hours annually, more than in Germany and Australia although less than those apparently tireless workers in the United States.

But as younger generations in Canada move into the workforce and demand more scheduling flexibility and clearer divisions between the office and home, companies will have to do more than just talk the talk and actually implement concrete policies to attract and keep talented workers, says one researcher who's studied the issue here for more than 20 years.

"Balance is not going to be an optional discussion point pretty soon," said Linda Duxbury, a professor at Carleton University's Sprott School of Business.

"To keep younger talent, you're going to have to deliver on it."

Workers want to take guilt-free lunch breaks, squeeze a workout into their day and not remain glued to their smartphones after hours, she said.

They seek work arrangements that allow them to get their work done, said Pawlikowski, but offer adequate time off and flexibility to care for any children or ailing elderly relatives in their lives.

That type of workplace culture is often discussed but rarely achieved, said Duxbury, who has co-authored two national surveys on work-life balance and is working on a third.

"All of the indicators are going the wrong way," she said.

Her 2012 study surveyed more than 25,000 full-time Canadian employees and discovered that employees' perception of work flexibility and management support remained relatively unchanged since her 2001 findings. In 2012, 27 per cent of respondents said they believed they had high flexibility, while 45 per cent acknowledged high managerial support.

But she says the data for her latest study, expected to be released in several months, is likely to show those numbers have dropped.

Many firms have no problem talking about balance, but are still too focused on evaluating employee productivity through hours worked, in-office presence and how tethered they are to their smartphones outside the office, she said.

"Their aim is to help people work more, not less," added Gerry Ledford, a senior research scientist at the University of South Carolina's Center for Effective Organizations, referring to those kinds of in-office perks.

Employers offer them so that their employees never need to leave the workplace and can work as close to 24/7 as they're willing, he said.

In the future, Duxbury said, companies that are failing to implement true work-life balance strategies will find themselves struggling to attract and retain talented workers.

Younger Canadians entering the labour force fear the type of workplace culture their parents endured and are demanding more flexibility from employers, she said. They'll also be more likely to grapple with the double whammy of not only raising children, but caring for their aging parents as the baby boomer demographic grows older.

And before long, Canada will be dealing with a shortage of workers, she said. By 2020, for example, there won't be enough qualified people to fill more than 218,000 new information and communication technology jobs in Canada, according to the Information and Communications Technology Council.